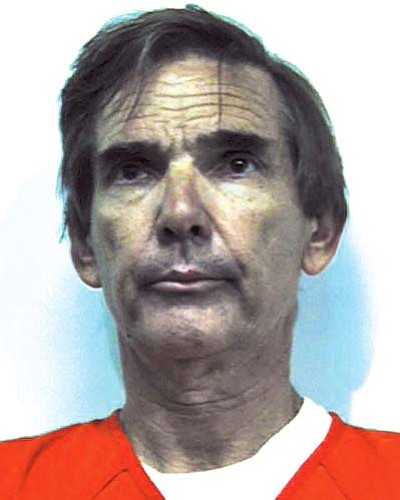 The story of James Arthur Ray took center stage with the resulting trial playing out in the national press from the Verde Valley during 2011. The self-help guru and author, championed by Oprah Winfrey, was charged in the deaths of his three followers from New York and Minnesota. The three died during an October 2010 Spiritual Warrior event at Angel Valley near Sedona.

Ray, of Los Angeles, used the sales of his three homes to help finance his multi-state legal team.

The three deaths in an overheated and much-criticized sweat lodge at Angel Valley cost Ray two years in prison. But, even that term has been appealed.

Young Jeremy Joseph Pompeneo was sent to prison for stabbing his fragile 19-year-old girlfriend, Sheris Rose Winchester, an estimated 80 times. The killing occurred in the Cornville house they shared in the fall of 2006. On May 31, 2011, a guard found the imprisoned Pompeneo dead in his Florence prison cell. He was stabbed, believed killed by another inmate.

Michael Anthony Piccioli claims he did not know the new handgun he recently purchased was loaded when he pointed it at his girlfriend and pulled the trigger. Nancy Xiaorong Wang and Piccioli, both 23, lived at their Wrangler's Way home where she was killed by a gunshot to the chest.

Originally charged with second-degree murder, a grand jury handed down a first-degree murder charge. Trial is now scheduled for next May.

Mason Anderson has told sheriff's deputies that he pulled his knife when Jake Palmer and two others attacked him in a street fight in Verde Village and Palmer was killed. His friends drove him to the hospital, but he died en route. Both were 17 years old. Anderson claims self defense and the case has been mulled in the Yavapai County Attorney's office ever since. A decision is expected soon.

Carlos Miranda-Villalobos of the Village of Oak Creek has reached a plea agreement in the attempted homicide of his wife. The 45-year-old estranged husband attacked his wife while she was sitting in a car with her boyfriend. The friend hit Miranda Villalobos in head to get him away. The suspect was caught hiding nearby a couple of days later.

Gary Schlee apparently is still fighting demons that caused him to kill roommate Leon Haller in the bathtub in the Verde Valley home they shared. He was ruled incompetent to stand trial last December and has yet to face a jury.

Cottonwood Police recently announced a higher reward for information in the nearly 15-year-old murder case of Marisol Gonzales, who was pregnant with a full-term infant.