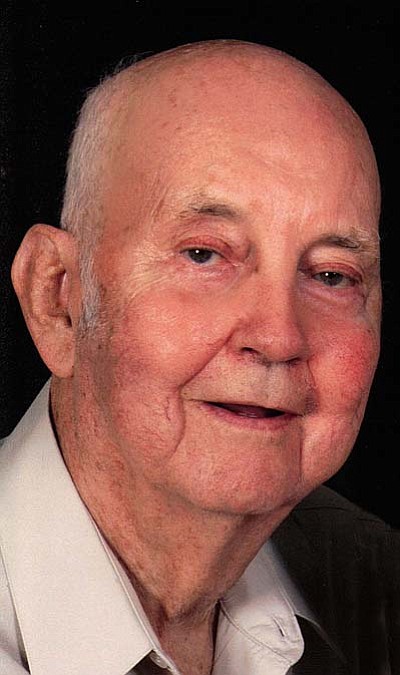 Homer Edward Fields, 84, of Cottonwood, Arizona went home to be with his Lord on January 7, 2012 with his wife Gertrude (Trudy) of 63 years and family at his side.

Born and raised in Lynchburg, Virginia, Homer served with distinction in Okinawa, Japan in the U.S. Army. Homer returned home after military service to marry his lifetime love and partner Trudy.

A skilled machine operator, he worked for various industrial manufacturing facilities in North Carolina before moving to Hampton, Virginia. Employed by Newport News Ship Building, he was part of a team that built various ships, nuclear aircraft carriers and submarines during his career.

Homer and Trudy relocated to Cottonwood five years ago. Homer is survived by his wife, Trudy; his daughter Sandra and son in law Robert Malloy and granddaughter Laura Michelle of Cottonwood, son Danny and his wife Linda of Milford, Pennsylvania and grandson, Brian Plessinger of Atlanta, Georgia.