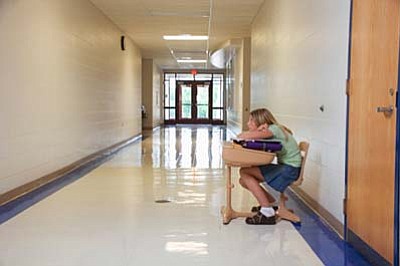 At the onset, it would be wise for the two school boards to make it perfectly clear for all involved that this is a political decision. It’s not an administrative matter. The administration works at the pleasure of the elected school board and that’s where the buck stops.

Past years’ discussions on the similar question of consolidation-unification have become misdirected because of the issue of who will become the superintendent if the districts merge. In addition, past school boards too often have delegated studies on certain questions about consolidation-unification to their administrative staffs. The staffs, in turn, produced results showing how and why such a merger will not work or save money.

This time, it would be nice to see the respective school boards tell their admin teams to sit tight, keep their mouths shut and “we will tell you what we decide.” Further, if there is the need for such additional research, have it done by someone besides the C-OC or Mingus administrations. Former Sedona-Oak Creek Superintendent Nancy Alexander, for example, would be the ideal person to run such questions by.

This is an ideal time to remove the Mingus and Cottonwood-Oak Creek administrations from what is a purely political decision. After all, if the two districts do agree to share single administrative services, it does not have to be an either-or question involving Tim Foist and Barb U’Ren. The school boards could decide to find someone else for the job.

That could be just what the doctor ordered. After all, already Foist has positioned himself at Mingus as a part-time employee. In addition, make no mistake about it, with the closing of the Tavasci School, hurt feelings over the prospect of the same in Cornville, and the recent legal entanglement involving the education provided an autistic student, U’Ren’s light isn’t shining nearly so bright as it has in year’s past.

This doesn’t need to be a Foist-U’Ren tug-of-war.

It certainly does not need to be an issue influenced at all by either administration.

It’s a school board decision.