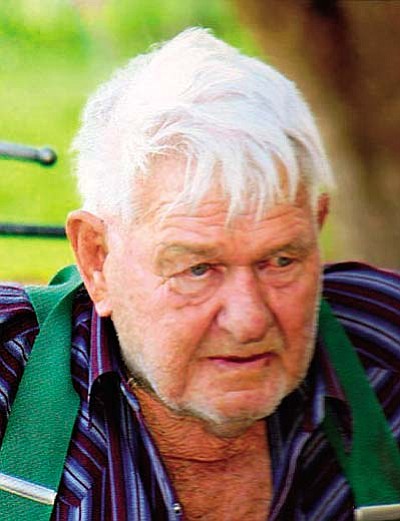 Native of Arizona, Newton was born and raised on a farm and ranch in Winkleman, AZ. Newton married his high school sweetheart, Rosemary Nay in 1948.  He continued his love for farming in the early Glendale, Peoria and Scottsdale days then moved his growing family to Flagstaff in 1961.

Striking up a construction business, Newton was a big part in the development of Fourth Street and the Greenlaw area subdivisions.

In 1967, he moved his family to Beaver Creek to continue his passion for farming on the old Culpepper Ranch while commuting to Flagstaff for the next ten years.  In 1979 Newton and his boys started a sand and gravel business on Beaver Creek and called it Rimrock Excavating and Materials until 1992.

Newton was instrumental in the volunteer work in the preparation of the groundwork and landscaping of the new Beaver Creek School gymnasium.

On December 18, 1980 the school dedicated it to him and named it “The Newton Reay Building” as it is still named today.  After retiring, Newton spent the next six years looking for the farm and ranch of his dream and discovered it in Mohave County on Trout Creek Ranch in 1998.

His family is dedicated to continue on the legacy of his life.

A memorial service for the Celebration of  Newton’s life will be held Saturday, January 21, 2012 at the family ranch outside of Wikieup at 12 pm.