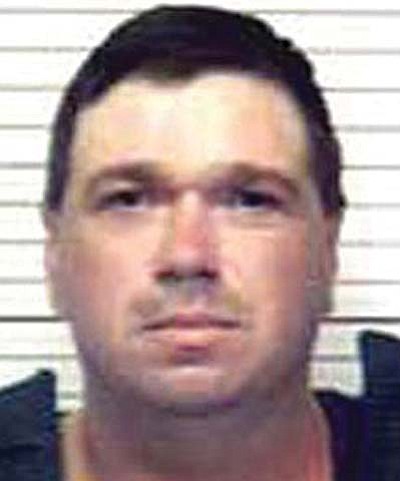 Bassett, of Lake Montezuma, is described as one of the "Yavapai Six," men who are claiming they were entrapped as part of an online sex sting by the Yavapai County Sheriff's Office.

Pediatrician Dr. Leslie Quinn concluded her testimony Friday, walking through many of the photos and videos with prosecutor Bill Hughes as she identified many young girls as pre-pubescent, sometimes younger than 10, often under 13 years of age.

The images were uploaded within the context of online chats with an undercover detective.

Many members of the jury of six men and six women appeared to be uncomfortable looking at the pictures, displayed on a screen for the court but angled away from the gallery.

Defense Attorney Harvel Golden, in his cross-examination of Quinn, mentioned that the prosecution had never asked for the pediatrician's qualifications. He asked Quinn if she had heard of "junk science," but he never made a direct connection between that term and Quinn's testimony.

Quinn claimed to have testified 45 times in abuse cases and up to seven times in cases of exploitation.

Golden asked if her examination is based on science and training, and she answered "yes," and that she is one of only 200 people in the country certified to make an estimate of a child's age based on her sexual maturity.

Quinn said that her training is based on the Tanner Staging System, which breaks down a girl's sexual development into discrete steps of puberty. In Stage One, for example, she said there is no development of breasts or pubic hair. There are five steps to the Tanner system.

The defense attorney suggested that the pictures and videos could have been altered and questioned if Quinn was a trained photographer. The pediatrician admitted she was a "pretty amateur photographer" and it was not her "role to determine if a picture was altered or not."

Repeatedly, Golden asked if the picture was of a "real person" or was "100 percent accurate." Quinn said, "That's not my call."

The balance of the day was consumed with testimony of Det. Pam Edgerton, who had adopted the chat room persona "Breann" or "Brenna" to chat online with Bassett. Bassett used an online name of "Brett Dodge" on Facebook.

Prosecutor Hughes had Edgerton identify each picture or video that Bassett is alleged to have sent her while chatting on dating sites, and then link those with the online chat transcripts, which totaled 65 pages.

To Hughes' question, "Was there any place in this communication where Bassett said, 'Let's have sex,'" Edgerton said no, but added there was plenty of innuendo. The two chatted about "older guys and younger girls," and if he would "date me." They chatted about "size" and "it would hurt, I'm scared."

"Do you really want to have sex with me? LOL," Edgerton as Brenna asked Bassett.

At one point, Edgerton suggests he date Brenna's mother so he could come over and hang out.

"How long will it be before you want to lose it (her virginity)?" asked Bassett.

On March 28, 2011, Edgerton went to Bassett's home with a search warrant and seized a thumb-drive and computer which contained the images Bassett allegedly sent.

Edgerton told the court that, in prior contacts with online predators, she had "never made contact first."

"I didn't feel I had a good enough case for a conviction yet. I assumed there would be an arrest."

Golden repeated, "You came into this with a plan that would lead to an arrest."

At that point, Judge Michael Bluff called it a day. The trial will resume in Camp Verde Wednesday at 10 a.m., one hour later than the usual time.