Pound of methamphetamine off the street 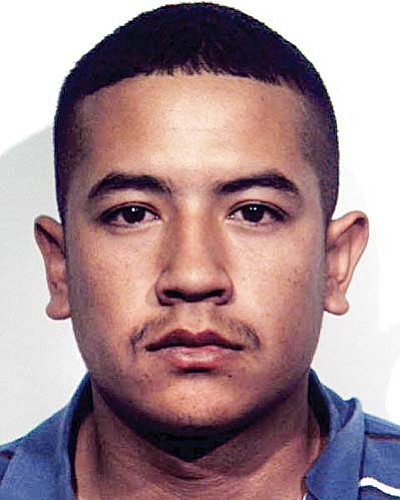 CORDES JUNCTION -- During the afternoon of Jan. 17, a Yavapai Sheriff's K9 deputy pulled over a silver Chrysler 300 sedan during a traffic stop at Cordes Junction on I-17.

The New Mexico car was driven by 21-year-old Martin Carreon-Salas, who was with a 17-year-old passenger, both from New Mexico.

The Sheriff's Office says the vehicle was stopped for a traffic and equipment violations.

During the subsequent discussion, the deputy became suspicious that the sedan could contain illegal drugs, a suspicion heightened by the subjects' lack of knowledge regarding their travel timeline.

The deputy received consent from the driver to check the vehicle for contraband. In the area behind the back seat, the deputy found a plastic grocery bag with a pound of methamphetamine.

The Sheriff's Office said the drug, in crystal form, is considered more pure than powdered meth.

Deputies arrested Carreon-Salas and his passenger. Carreon-Salas was booked at the Camp Verde Detention Center on charges including transportation of dangerous drugs for sale, involve minor in a drug offense and possession of drug paraphernalia.

The 17-year-old was booked at the Prescott Juvenile Detention Center for transportation of dangerous drugs for sale.