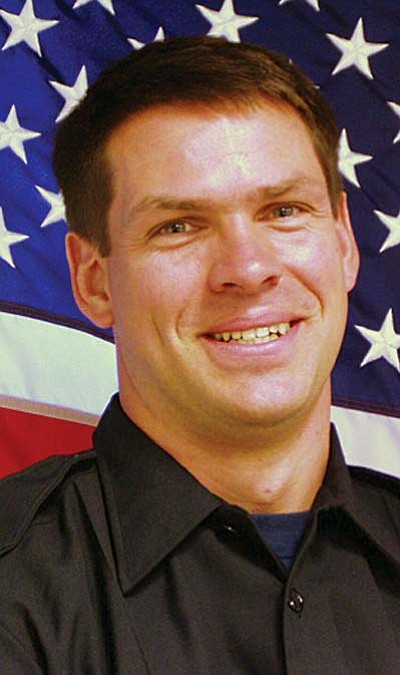 Beginning next week, MRFD Capt. Dale Duns will fill in as acting chief until the new chief arrives next February. Duns has been with the department for nearly 10 years.

BEAVER CREEK - The Montezuma-Rimrock Fire District has announced the hiring of Terry Keller as the new district chief. He is currently Sedona Fire District's assistant chief.

But before anyone stops by to shake his hand and welcome him to his new job, be advised it will be several months before you find him in retiring chief Mike Van Dyke's chair.

Keller will not assume his new duties until Feb. 4, 2013, after he retires with the Sedona Fire District.

He has been with the district for almost 24 years, starting as a volunteer in 1988. He also has a degree in economics and business management from Northern Arizona University.

And, he said, he is looking forward to a change and a challenge.

"The short answer of why I applied for the job is that I'm looking for fresh challenges. They have some budget issues and they are a small fish in a big pond. But I see it as an opportunity," Keller said.

Until he arrives next year, MRFD Capt. Dale Duns will assume the duties of the chief.

Duns, who has been with MRFD for almost 10 years, will be shadowing Chief Van Dyke starting Monday, July 9, and until the chief officially steps down on July 29.

Duns began his career with the Sedona Fire District, where Keller served as his captain, and said the board's choice was a good one.

"Terry is an amazing person. I think we are very fortunate to have him as the leader of our department. He's a longtime resident of the valley and with big heart for the community," Duns said.

Keller was hired following a nationwide search in which 20 applicants were considered and two were ultimately interviewed.

MRFD board member Don Rotta said the board's choice was unanimous and based on several factors.

"We feel it was a rigorous competition but in the end Terry came out the choice," Rotta said. "Personally, I thought he was down to earth, he knew the area, was concerned about the budget, and had some insights on what we might do to go after additional money.

"As a firefighter he understands the crews and the things they deal with on a day-to-day basis both on and off the job. He's a man's man who understands the business and will be able to carry on where Chief Van Dyke left off."