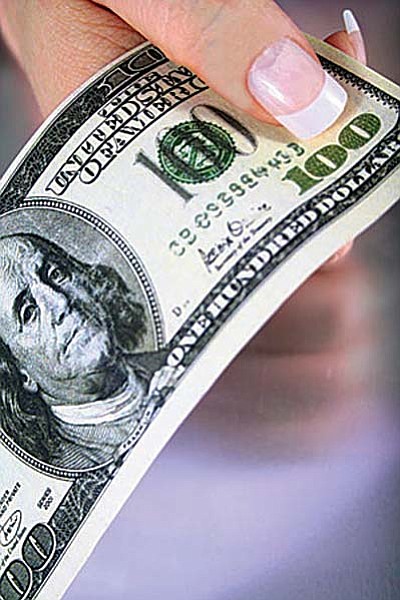 PHOENIX -- The state's retailers are gearing up for what could be an extensive and expensive political and public relations campaign to get lawmakers to start taxing items that Arizonans buy on the World Wide Web.

Michelle Ahlmer, executive director of the Arizona Retailers Association, said the ideal solution would be if a special committee appointed by Gov. Jan Brewer to study simplifying the state's sales tax would recommend expanding the levy to include transactions by firms like Amazon.com. Such a recommendation, Ahlmer said, would give the idea the implicit blessing of the governor -- the committee is being headed by one of her key staffers -- overcoming what she said has been the governor's opposition to date.

But Ahlmer told Capitol Media Services her organization isn't relying on such an outcome.

She noted that Brewer has said she prefers to have Congress enact some sort of nationwide solution. Ahlmer said if that ends up being the recommendation of the committee, "we're not going to be OK with that.'

That, in turn, will trigger a public relations campaign that Ahlmer said will be designed to convince voters -- and, by extension, the lawmakers who represent them -- that Arizona retailers can't wait for what could be years.

Rep. J.D. Mesnard, R-Mesa, who has been pushing for expansion of the state tax, said the retailers are at least partly right on that count.

"A federal solution would be ideal,' he said. If nothing else, a congressionally imposed requirement on Internet retailers to collect sales taxes would affect all firms doing business that way.

By contrast, an Arizona-only levy would be able to reach only firms with some sort of presence in the state. In this case, that mostly means Amazon.com which has warehouses -- it calls them "fulfillment centers' -- where goods from elsewhere are processed and sent out to Arizona customers.

But Mesnard said Arizona can't wait for Congress to act.

"In the meantime, our retailers are suffering,' he said.

There were two measures during this year's legislative session designed to address the problem.

One by Sen. Al Melvin, R-Tucson, would have simply expanded the definition of who has to collect the tax to companies like Amazon with warehouses.

Mesnard tried a different approach designed to blunt Amazon opposition: It would have retailers of any prior financial obligation, effectively erasing that $53 million state assessment. But that fared no better, with Amazon opposition being only part of the problem.

He said there has been "opposition from the 9th floor,' referring to the governor's office, saying Brewer has been unwilling to pressure the company or negotiate a deal with Amazon to start collecting taxes as counterparts have done in some other states. Mesnard said that's why he hopes Brewer's committee addresses the question.

But Michael Hunter, the governor's adviser on tax matters, said Brewer is not convinced that Arizona needs the kind of change that Ahlmer, Melvin and Mesnard want. Hunter pointed out that Arizona tax officials last year issued a $53 million assessment against Amazon for unpaid sales taxes from March 1, 2006 through the end of 2010.

"So that process is in the works,' Hunter said. He said any change in state tax laws now could undermine Arizona's legal position that Amazon already is subject to the tax.

"We would not want to do anything that disrupts that process,' he said.

Hunter said, though, the committee will have to look at the fact that Arizona's sales tax laws are different from other states. More to the point, he said that some congressional measures dealing with Internet sales taxes are written to benefit only states that participate in the Streamlined Sales and Use Tax Agreement designed to bring state laws into conformity; Arizona does not.

Still, Hunter, who chairs the panel, said it will hear from experts who may disagree with his belief that existing state laws are sufficient.

Ahlmer said she's waiting to see what the committee recommends in November. But she insisted that having Arizona wait for congressional action remains unacceptable.

That still leaves the question of whether Arizona voters can be convinced to support the law she wants which would force Amazon and similar retailers to start charging the state's 6.6 percent sales tax to them. Ahlmer said the key is an education campaign.

First, she said consumers need to be aware that some online purchases already are being taxed. That's because Internet sites operated by retailers like Target and Best Buy are legally obligated to charge the tax because they also have retail outlets in Arizona.

Second, Ahlmer said that, legally speaking, it's not like shoppers will owe any more.

Under Arizona law, consumers have always been required to compute what they spend on items purchased elsewhere and then pay the equivalent of the sales tax to the state in the form of a "use tax.'

Last year, in a bid to make that mandate more transparent, lawmakers approved a measure which added a specific line to the state income tax form. That resulted in a backlash from some consumers who saw it as a new tax, and legislators voted this year to repeal the law.

But Ahlmer pointed out the requirement to pay use tax remains.

Finally, she said voters will be swayed by the unfairness of their local stores having to tack the sales tax onto purchase prices while their online competitors do not.

Don Isaacson, the Arizona lobbyist for Amazon, said he cannot comment on any of the efforts to tax his client.