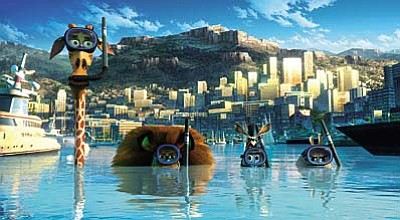 Trying to uncover the origins of mankind on Earth, a team of scientist set off on a space voyage to investigate alien life forms and become stranded.

Rated R for sci-fi violence including some intense images, and brief language.

Still trying to get back home to New York, the zoo animals hit Monte Carlo, get in trouble and end up in a circus.

Rated PG for some mild action and rude humor.