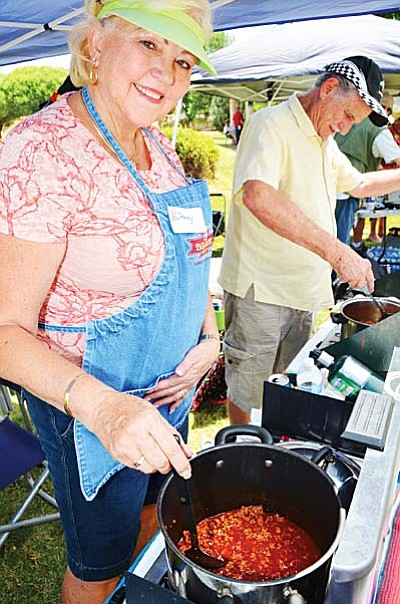 The Cornville Community Association organized the 4th Annual Chili Cook-Off Competition in Windmill Park on Saturday. The Cook-Off had competitors arriving from around the state to cook up both traditional red Competition Chili as well as anything goes People's Choice Chili. Winning the red chili competition earned the cook points to qualify for the International Chili Cook-Off held annually in Terlingua Texas. The general public was invited to stop by and sample the chili for a nominal fee of $3. VVN/Jon Pelletier