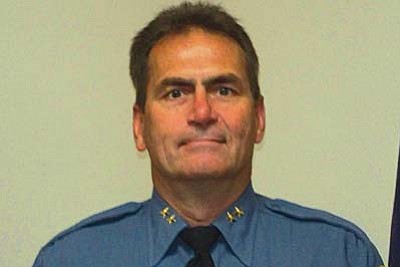 CLARKDALE - In its second nationwide recruitment for the position, the Town of Clarkdale again received applications from a diverse and qualified applicant pool.

After a series of screening processes, four candidates were invited to Clarkdale for interviews on June 19, and three were invited back on June 20 to participate in further testing processes. As a result, Clarkdale Town Manager Gayle Mabery has made a conditional offer of employment to the top candidate Randy Taylor.

Taylor is currently the Chief of Police in the City of Ellis, Kan., and has served in that position for four years.

Taylor has a B.S. in Criminal Justice from St. Mary of the Plains College, and an M.A. in Business Management and a Doctorate in Organizational Leadership from the University of Phoenix.

Taylor's employment offer is conditioned on successful completion of a background investigation (which is currently under way) and several other steps necessary for him to become certified by the Arizona Peace Officer's Standards and Training Board (AZPOST), which is the certification organization for law enforcement officers in Arizona.

Mabery expects Taylor will assume the role of Chief in Clarkdale in August, 2012.