My Turn: The looming triple tax increase in your future 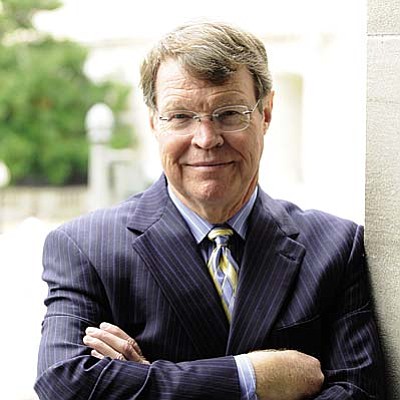 The so-called Bush tax cuts are set to expire at the end of the year. That means that all of the current income tax rates will rise to pre-2001 levels overnight. The lowest rate will jump from 10% to 15% and the highest from 35% to 39.6%. Although Congress extended all of the cuts at the end of last year, it’s now debating whether to let those cuts expire for individuals making $200,000, and families earning $250,000.

Prior to 2001, dividends were taxed as ordinary income. The Bush tax cuts then dropped the rate on dividends and capital gains to 15%. Thus, if the tax cuts expire, the dividend tax for high-income workers will jump to 39.6%.

But there’s more. The 2010 health care law imposes a new 3.8% tax on passive income, including dividends and interest. So the effective dividend tax rate for those at the upper end of the income scale would nearly triple, to 43.4 percent. Happy New Year!

And don’t forget that dividends have already been taxed as corporate profits - so they’re taxed twice.

Although many politicians claim that these tax increases will affect only the wealthy, this looming rate hike will also have a significant impact on middle-class Americans - even those who don’t have to pay it directly. And the impact could weaken America’s fragile financial markets further and unintentionally erode the value of the savings of millions of Americans.

Dividend taxes in the United States are already high. A recent study by the accounting firm Ernst & Young looked at the integrated cost of corporate taxes and dividend taxes. The study found the United States currently has the fourth-highest integrated dividend tax rate among the 34 Organization for Economic Cooperation and Development (OECD) nations. Without congressional intervention, U.S. dividend taxes would be “significantly higher than all other countries measured,” according to the study. Sometimes it’s best to let someone else be number one.

Companies looking to expand their operations and create jobs, of course, are likely to think twice before doing so in high-tax locales.

Heightened dividend taxes won’t just hamstring overall economic growth. They’ll also hit individual investors where it hurts - in their pocketbooks. Dividend income for some investors could drop by 33%. And it won’t affect only the high-income workers.

For starters, higher dividend taxes will make stocks that pay dividends less attractive to investors. So those who currently hold dividend-paying stocks - everyone from middle-class folks with 401(k)s to union pension funds to non-profit foundations - would see the value of their investments decline substantially.

Further, higher dividend taxes will likely cause companies to cut dividends in favor of deploying their cash in other ways, like re-purchasing their own stock. So individuals counting on their share of a company’s profits for their income - which they’d normally receive via cash dividend - could find themselves out of luck.

Would Apple, Inc., which has been very aggressive in minimizing tax obligations, have paid its first dividend recently had the dividend tax already tripled?

That would be particularly bad news for retirees, many of whom depend on dividends as a staple of their fixed incomes. According to the IRS, more than half of dividend payments go to Americans over age 65 - and almost 75% go to those over age 55.

“This is the first generation in history to retire depending primarily not on defined benefit plans but rather on contribution plans that are disproportionately comprised of dividend income,” notes former New Hampshire Senator Judd Gregg. “It will be a bitter pill to swallow for a lot of people whose only pathway to adjusting to their reduced income will be through a commensurate reduction in their standard of living.”

Even though the dividend tax hike has yet to take effect, there are already signs that it’s hurting American companies. That’s because the stock market looks six-months into the future. “If we are to believe that investors value investments on an after-tax basis, then high dividend-paying stocks presumably get less attractive [as a result of the tax increase],” says Dan Greenhaus of the investment firm BTIG. “Perhaps this is one reason that dividend paying names have trailed the broader market thus far in 2012.”

A dividend tax hike would take a big bite out all Americans’ savings - even those who aren’t supposed to pay it. Congress must stave it off - before the public and the economy pay the costs.

Merrill Matthews is a resident scholar with the Institute for Policy Innovation in Dallas, Texas.

Letter: President Obama has it right this time
Letter: We have to get our economic house in order
Letter: Genius with numbers
Letter: It&#8217;s time to stop the insanity!
Letter: Common Sense from the &#8216;Oracle from Omaha&#8217;