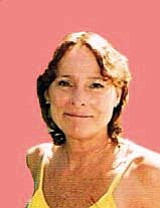 Jennie C. Carnes went to be with the Lord on Tuesday, February 28, 2012. She was born April 1, 1955 in Sault Ste Marie, Michigan but also lived in Japan and Texas before permanently moving to Arizona in 1965.

Jennie obtained a nursing degree and worked as a registered nurse in Mesa for 10 years while also obtaining her Bachelor Degree in accounting at ASU. Jennie then moved to the Verde Valley where she became a loyal employee of the Verde Valley Medical Center team for the last 19 years. While working at VVMC, Jennie obtained her Master’s Degree from ASU and became the Controller of Financial Operations at Verde Valley Medical Center. She was a graduate of Emerson, Carson and Westwood schools and Maricopa Community College and Arizona State University.

Jennie’s greatest moments were watching her son play numerous sports and graduating from college. Nothing made her happier than hanging out with her family and friends by a campfire. Her passion was riding her mules, Coco and Bowman, as well as caring for any animal. She enjoyed hunting, swimming, boating, fishing, gardening, decorating and attending NASCAR races.

Jennie never put herself first and will be remembered for her selflessness and devotion to God, family and friends.

A memorial service will be held on Friday, March 9, 2012 at 11:00am at Westcott Funeral Home, 1013 E. Mingus Ave, Cottonwood. A reception will follow the service in the funeral home reception room.

On behalf of the family of Jennie Carnes, we request that in lieu of flowers and other gifts, if you wish to honor Jennie’s memory, please send your donation to the Jennie Carnes Memorial Fund c/o of the Foundation at Verde Valley Medical Center. Anyone wishing to pay tribute to Jennie may bring that donation either to the Foundation Office on campus or to the VVMC Administration, whichever is convenient. Please make checks to VVMC Foundation, 269 S. Candy Lane, Cottonwood, AZ 86326 – in memo line put Jennie Carnes Memorial Fund.