Live opera from New York comes to Sedona this weekend 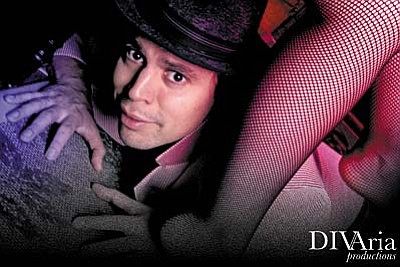 A unique vaudeville adaptation of Pergolesi’s Opera La Serva Padrona will come to the Sedona Creative Life Center on Saturday.

A unique vaudeville adaptation of Pergolesi's Opera La Serva Padrona will come to the Sedona Creative Life Center on Saturday, March 17, at 6:30 p.m.

Rising lyric soprano Ashley Bell, a part-time Sedona resident, stars as Serpina, the maid who conspires to marry her master.

• "I've never liked opera but the show had me smiling for days!" - Audience Member

Divaria also gives back by doing outreach performances for people normally unable to attend opera, including patients with Alzheimer's and cancer.

In August, the company performed an opera as a benefit for a Transitional Residence for HIV/AIDS.

Ashley Bell has performed as a soloist in the United States, Italy, Spain and France. Recent performances include Adina in L'Elisir D'Amore in New York and Tuxedo Park, Violetta and Donna Elvira with the Hawthorne Symphony, and Molpe in Choreo Theatro's premiere of the Odyssey at the 92nd Street Y. Ms. Bell is a Phi Beta Kappa graduate of Yale University and speaks five languages fluently. www.ashleygalvanibell.com

Chekhov trained actor Sal Cacciato has performed with several significant theatres and companies including the McCarter Theatre, Lincoln Center Directors Lab, The Shakespeare Theatre of New Jersey, the Moscow Art Theater and the Tri-State Actors Theater. A graduate of the University of Cincinnati College Conservatory of Music, he is a company member of the Michael Chekhov Acting Studio.

Stephan Ortiz, a.k.a the Dashing Diamond Dealer has performed Blues, Brazilian and Opera in the USA, Europe and Middle East. He has toured with John Lee Hooker Jr., Ana Popovic, and Batmakumba. Recent performances include his Off-Broadway Debut at the Triad Theatre and Don Giovanni with the Hofstra Opera Theatre and the Hawthorne Symphony. Stephan is a recipient of the Tri-Cities Opera Guild award and a grant to study languages and acting at the New School. www.stephanantonio.com

Brian Lockard (pianist) received his B.M. in Piano Performance from Northern Arizona University and M.M. in Piano Performance from Texas Christian University, where he studied with Steinway Artist John Owings.  Brian currently is a freelance pianist in Flagstaff where he regularly performs with students and faculty at NAU while studying opera coaching.  His most recent recording "Praise Him! Praise Him!" is a collection of solo piano arrangements of religious music and is available at  www.amazon.com.

Following the one-hour opera, the artists will pay a special musical tribute to Ireland in honor of St. Patrick's Day.