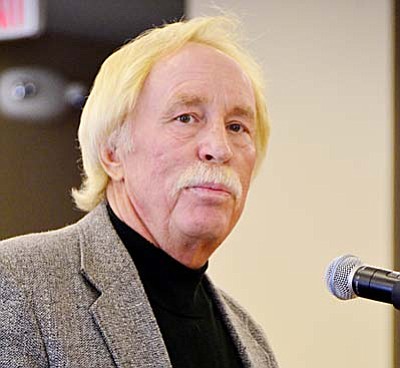 SEDONA -- In Sedona, Mayor Rob Adams has been re-elected to another term and at least two of the council candidates have been assured seats in the preliminary primary election results. But, City Clerk Susan Irvine says one remaining seat is still pending the count of outstanding ballots.

Council incumbent Mark Dinunzio was the high vote getter with 1929 votes in the preliminary tally for councilor seats followed by newcomer John Martinez with 1745 votes. Dinunzio was appointed to a vacancy on the council in 2009. The three others are newcomers to council elections.

Dinunzio and Martinez are assured council seats are assure even after the remaining votes are counted.

Irvine says there are at a minimum 166 ballots that have not been tallied. The final count may not be completed before the end of the day Tuesday. To be directly elected to the board a candidate must have votes of 50 percent plus one vote of those cast in the election.