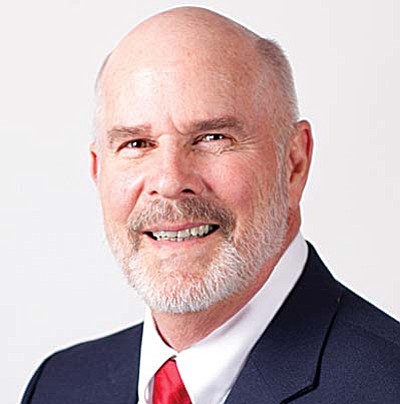 Election rules require that candidates receive 50 percent of the votes cast plus one to be outright winners during primary elections.

Von Gausig ran unopposed as the town's incumbent mayor. He received 621 votes out of 648 cast for 95.83 percent. He has served as Clarkdale mayor two terms for a total of eight years. The office of mayor's term is four years.

On Wednesday, Von Gausig spoke with the Verde Independent about the town's priorities over the next four years.

"For Clarkdale," Von Gausig said, "it's steady as she goes."

He said the town is moving in such a positive and progressive direction as a community that the council's job is just "keeping us on track."

"We'll continue to work on the Verde River at Clarkdale project, the upgraded wastewater treatment plant and general economic development, and at the same time forge closer and stronger ties to Yavapai College," Von Gausig said.

He said the town will be working especially hard with the college to help them realize their goal of being the premiere low-water-use viticulture program in the nation.

"I'm incredibly excited and optimistic about the future of our town, the Verde River, and our Verde Valley," Von Gausig said. "And with the same seasoned council working for us, the town is on a very bright and interesting path."

Council seats also are elected to four-year terms. The two council seats of vice mayor Richard Dehnert and councilwoman Pat Williams were up for re-election. Both are incumbents.

Anita Simgen ran as a challenger for one of the two open seats. She pulled in 351 votes for 26.41 percent.

Dehnert was the top council vote getter with 484 votes for a 36.42 percentage. Williams ran a very close second with 481 votes for 36.19 percent.

Williams has served two terms on the council and also served on the Design and Review Board as well as the Clarkdale Heritage Conservancy Board.

Dehnert was elected to the council in 2008, and he previously served on the Board of Adjustment for several years.