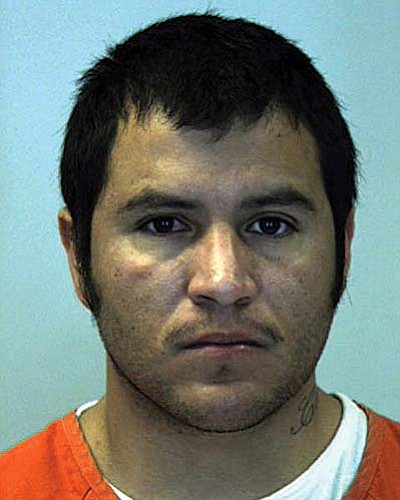 PRESCOTT- Yavapai County's presiding judge has denied a defense motion in the Cesar Garcia-Soto murder case asking for a change in judge, saying that the attorney who filed the motion does not have legal standing to do so and that he didn't prove the current judge is biased against the defendant.

Garcia-Soto, 30, was arrested in February 2008 and charged with first- and second-degree murder and two counts of child abuse in connection with the death of his 3-month-old son.

The motion to change judges was based on lead defense attorney John Napper's argument that, because this is a death penalty case, he is obligated to undertake "an exhaustive investigation into the history and life of Mr. Garcia-Soto," but the fact that Garcia-Soto is a citizen of Mexico means that would have to take place in Mexico, and "the United States State Department has issued a warning asking all American citizens not to travel to that portion of Mexico (Cuidad Juarez in Chihuahua)."

He had first asked that Judge Hancock dismiss the death penalty, but when she denied that motion, he then asked that he and his co-counsel, Phoenix attorney Dennis Jones, be allowed to withdraw as counsel for Garcia-Soto.

Terribile made several allegations against Hancock: that she communicated with a non-party to the case regarding a pending issue, read confidential reports regarding the defendant's intelligence and threatened to file a bar complaint against Napper, all of which are evidence of "bias and prejudice against the defendant," he wrote.