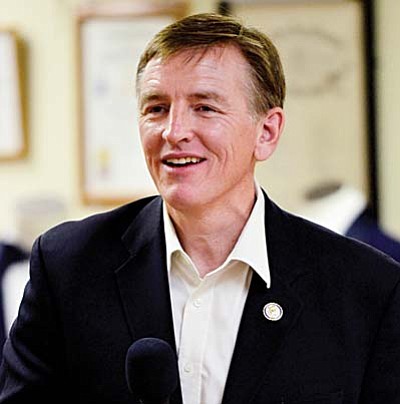 Republican Paul Gosar handily defeated his closest competitor in the Dist. 4 race for Congress. With all precincts in the seven counties reporting, Gosar defeated Democrat Johnnie Robinson of Florence by a 2-to-1 margin 67 percent to 28 percent. Libertarian Joe Pamelia won 3.7 percent of the vote. Independent Richard Grayson captures less than 1 percent.

After redistricting, Gosar felt he would be less competitive in District 1 where he was formerly seated in the U.S. House and instead ran from District 4, considered more conservative.