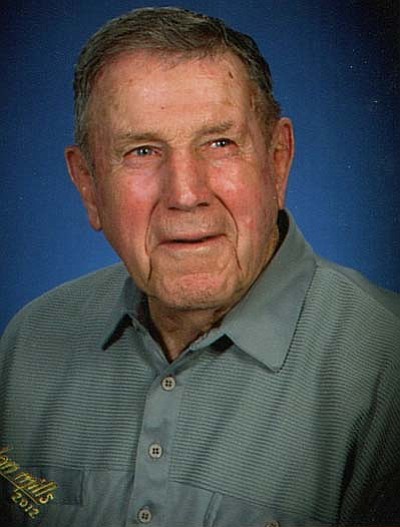 He attended schools in Newburg, Iowa and Kellogg, Iowa High School. Mr. Klootwyk served his country in the Navy during World War II.

He was self employed as a plumbing contractor for 46 years.  In partnership with son David for 20 years, he built several houses in Arizona and Iowa.

After his retirement he helped friends and neighbors with plumbing repairs up to a few weeks ago. He was a member of the Verde Baptist Church. Max loved to travel the world including every state of the union. He attended games in every major baseball league stadium. Above all else Max loved his family.

He was preceded in death by wife Gretchen Umberger Klootwyk, son David Klootwyk and a great-grandson.

Mr. Klootwyk is survived by his wife Hazel; a son Norm of Cottonwood; daughters Linda (Vern) of Texas and Chris (Steve) of Colorado; a stepdaughter Cyril and a  stepson Travis of Arizona; eleven grandchildren and nineteen great-grandchildren.

A memorial service will be held Sunday October 28 in the chapel of the Verde Baptist Church, 102 S. Willard St., Cottonwood at 2 PM.