Stewardship is key to preserving future 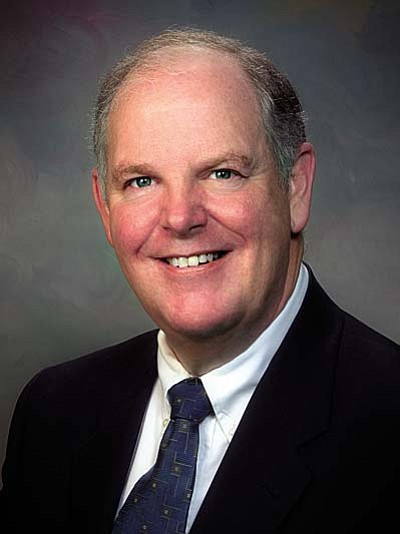 The Sedona/Oak Creek Canyon region according to the May 16-18 20032 edition of USA Today stated that the Red Rock Country “is one of the most beautiful places on earth.”

Living in this region one can see daily the stunning beauty that nature has provided. When thinking about the region’s history many think of the first Anglo settler, John J. Thompson who moved to Oak Creek Canyon in 1876. In 1902, the local post office was named after Sedona Arabelle Miller Schnebly, the wife of Theodore Schnebly the city’s first postmaster. And so the 20th century history of Sedona, Arizona began.

=In reality the human history of this region started with man inhabiting the Verde Valley and Oak Creek Canyon back as far as 12,000 B.C. This period is known as the Paleo-Indian period. Currently archaeological records are sparse since archaeologists believe the records to be deeply buried. Archaeologists have uncovered more evidence in the Dry Creek, Oak Creek and Coffee Creek areas dating back to 8,000 B.C. to A.D. 1 known as the Archaic Period. By A.D. 1540 there is historic evidence that Fossil Creek, Oak Creek and Middle Verde regions were inhabited by Yavapai and Apache Native American tribes.

Today descendants of these tribes are now known as the Yavapai-Apache Nation located in Camp Verde and Clarkdale.

Over the centuries man has been drawn to this region primarily because of its beauty and water resources. The initial inhabitants lived near surface waters such as the Verde River and Oak Creek to plant and hunt.

Only within the last 200 years or so was man able to use groundwater to supplement surface water supplies. In reality they both come from the same source since in most cases groundwater and surface water are hydrologically connected.

Whether today or thousands of years ago the ability to survive in this arid environment has depended on the availability of water. There are many locations throughout the United States with red rocks but few with the water resources necessary for human subsistence.

So first and foremost we need to preserve our water resources so future generations can live here.

In their book, Rivers at Risk: The Concerned Citizen’s Guide to Hydropower, John Echeverria, Pope Barrow and Richard Roos Collins stated: “When protected, rivers serve as visible symbols of the care we take as temporary inhabitants and full-time stewards of a living, profoundly beautiful heritage of nature.”

Stewardship is alive and well in our region. We are fortunate that government and citizens have been able to designate Oak Creek as an Arizona Unique Water which requires higher levels of protection from pollution sources. In the immediate Sedona/Village of Oak Creek/Verde Valley region the United States Congress has designated three areas of the Coconino National Forest as wilderness.

These areas are Sycamore Canyon, Red Rock-Secret Mountain and Munds Mountain Wilderness areas. These wilderness areas are important for their ecological and recreational assets while playing a significant role in preserving our water resources.

Additionally, to the unique scenic and ecological nature of the area special land management practices are required.

Over the last 24-plus years Keep Sedona Beautiful has been working with local civic groups and government in a coalition to protect the 160,000 acres identified in Amendment 12 to an even higher standard than the amendment provides. Since Amendment 12 can be altered through an administrative process we have been seeking a designation from the United States Congress for a National Scenic Area.

Why should we be concerned about the future of our area’s natural resources? The Arizona Water Commission has released a report on our states future water resource needs. The report estimates that within 50 years Arizona will have a population of over 12-million. Within a hundred years the state’s population will be over 18-million. If we are to pass our heritage on to future generations now is the time to take action.

Upon accepting the Audubon Medal in 1964 Rachel Carson stated: “Conservation is a cause that has no end. There is no point at which we will say our work is finished.”

While we have made some progress in preserving the most beautiful place in America there is still a a considerable amount of work to be completed.

If you want to be part of protecting and preserving our spectacular scenic landscape and water resources please call Keep Sedona Beautiful at 928-282-4938.