VOCA and the Oakcreek Country Club 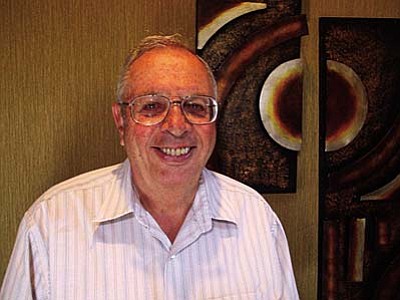 OCC actually opened with nine holes in September, 1968 (today’s back nine). OCC was designed by Robert Trent Jones, a very prestigious golf course designer. The second nine holes opened in May of 1972 (today’s front nine). Ever since VOCA has been on a course to preserve and enhance the Oakcreek Country Club, both as a golf course and as a true country club.

Country clubs are frequently known as private golf courses, open to members only. The Oakcreek Country Club is not that way. Anyone can play at OCC. It is open to the public and encourages public play. The course is a service to the entire Sedona area.

But, that is not all. OCC is a country club in the true sense of the term. Anyone can join the OCC and enjoy the special benefits of country club membership. So what are they? Golfing tournaments open only to members are certainly a large part of the advantages to being a member. The camaraderie of the members associating with each other is perhaps the largest benefit of being a member. The circle of friends a typical member has is greatly expanded with membership at OCC.

There is a OCC Men’s Golf Association and a OCC Women’s Golf Association (which includes a ladies’ “niners” group). Both welcome new members at any time. Both associations have lunches or breakfasts from time to time, paid for by the membership dues. OCC also has great professional golf instructors, for any level of skill from none to very advanced. They welcome people just starting to play golf for the first time.

Speaking of dues, membership at OCC is a tremendous bargain. For a little over $2500 a year, a VOCA member can play unlimited golf all year. Some members play three times a week, or more! People who don’t live within the boundaries of VOCA pay a little more to be members of OCC. VOCA property owners originally paid for the golf course so asking a little more from non-VOCA owners seems fair.

For VOCA members who do not play golf, it should be mentioned that HOA fees (the lot assessments), do not support the golf course in any way. The golf course supports itself. This has been the situation for a great many years and is a part of the Bylaws of VOCA. The course is supported by member dues and non-member green fees. The VOCA Board is also OCC’s governing body.

In short, the difference between playing golf with just a few same friends, and playing at a country club full of friends, is huge. It is very hard to overrate the feeling of camaraderie one enjoys at Oakcreek Country Club.

Some may think that country clubs are very exclusive. Some probably are. Oakcreek Country Club is not. It exists for the enjoyment of all who wish to belong.