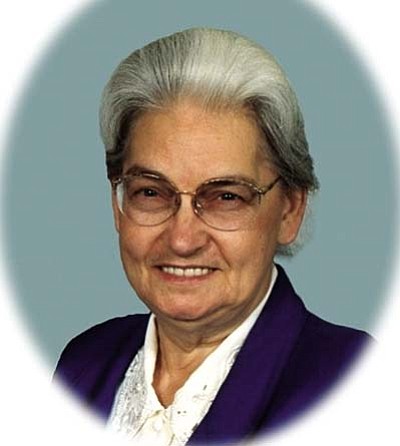 She is lovingly remembered as a wonderful wife and companion, raising two children and assisting her husband in his endeavors. She enjoyed cooking, sewing, keeping her home neat, painting and many other useful endeavors. Eloise’s faith in God was an inspiration to all who knew her.

Mrs. Fielhaber was preceded in death by her parents, a brother Paul and a sister Helen Martin.

A Funeral service was held in Westcott Funeral Home on Wednesday September 5, 2012. An online guestbook is available at www.westcottfuneralhome.com.