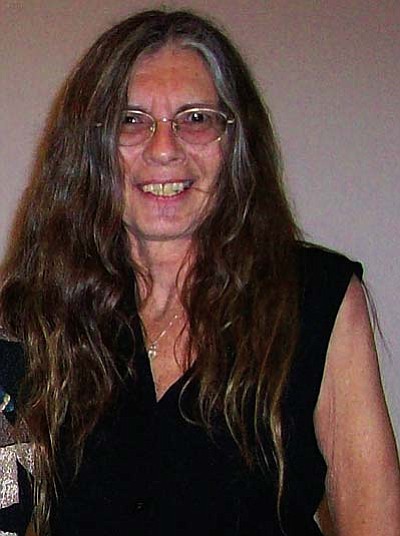 Yavapai College’s Osher Lifelong Learning Institute of Sedona and the Verde Valley is accepting facilitator proposals for the winter term until Sept. 10. The winter term begins Jan. 22, 2013 and ends March 8, 2013. OLLI of Sedona and Verde Valley is a dynamic organization within Yavapai College created to meet the needs of intellectually active mature adults. What makes OLLI a unique learning experience is that there is no pressure of tests, grades, or papers.

The facilitators at OLLI are those individuals who guide and lead the discussions for classes and workshops. These individuals are volunteers who share hobbies and interests in classroom settings. According to the Director of OLLI of Sedona and the Verde Valley, Natalia Molina, “Learning never retires and OLLI is a great outlet to share your passion with likeminded people about politics, arts, reading, sciences, and much more.”

The community is invited to OLLI’s two fall open houses at the Yavapai College’s Sedona and Clarkdale campuses, which shall be held on Sept. 14 and Sept. 18, respectively, from 11 a.m. until 2 p.m. The fall 2012 session shall commence on September 24.

Facilitator Ginger Lindquist is one of a team of over 80 facilitators who is helping to make the fall session a success. Over the course of the past three years, OLLI of Sedona and Verde Valley has seen steady grown in membership, new facilitators, class and workshop offerings, and overall interest. “It does not surprise me that OLLI is doing well. The council, committee members, and volunteer base in general are deeply committed to: our retired and semi-retired community; offering the best program possible; and outreach in the community. This is a recipe for success,” commented Molina.

Lindquist has facilitated learning groups and workshops for OLLI since Fall Semester, 2011. Born in 1950 in central Michigan, she attended seven schools in four states before graduating from high school. Continuing to nurture her “gypsy soul” as an adult, Lindquist lived in several areas of the mainland US before moving to Hawaii in 1984. In 1996, wanting to live closer to her aging parents, Lindquist and her husband, Pete, left Kauai for Cottonwood, where her dad had retired.

In addition to serving as a volunteer for OLLI, Lindquist is also serves as staff for the organization in the role of Assistant Coordinator. A self-proclaimed “true believer in lifelong learning”, Lindquist has taken classes at five colleges in three states during the past 40 years. With a background in non-profit/small business management, office administration and accounting, Lindquist easily handles her responsibilities as Assistant Coordinator which includes overseeing the financial tasks of the organization as well as supporting the overall administration of the program. Lindquist’s office is located in the newly renovated I building on the Yavapai College Verde Valley Campus in Clarkdale.

“I love OLLI,” says Lindquist. “I love my job at OLLI, I love taking classes, and I love facilitating classes. My beloved husband, Pete, passed away the month before I started working with OLLI, and the people I’ve met through OLLI have added much joy to my life.” When not involved with OLLI, Lindquist enjoys dancing, yoga, meditation, reading, writing, exploring spirituality and watching “Dancing With The Stars.”

Lindquist has facilitated a workshop entitled Do You Have A Spiritual Toolbox as well as two learning groups entitled, After the Loss of Your Spouse and Fearless Public Speaking.

“I realize how unusual it is to have no fear of public speaking. My dad was a minister and I saw him get up in front of a group of people and talk every Sunday. It never occurred to me that it was a scary thing to do. I was used to being in front of people because of dance and piano recitals and from playing sports. Once I took a speech class as a sophomore in high school, I was hooked! Maybe because it was such a joy to have people actually listen to what I had to say. Ok, they were a captive audience, but for a budding ‘ham’ it was magical, ” states Lindquist. Lindquist shall be again facilitating Fearless Public Speaking for OLLI at the Yavapai College Verde Valley campus in Clarkdale starting September 26 and running through November 14.

Letter: Discover this &#8216;Gem&#8217; of the Verde Valley
OLLI: Where to keep active and learning after retiring
OLLI: Call for Facilitators for 2012
Osher Lifelong Learning Institute announces fall schedule and OLLI fest
OLLI issues call for facilitators for Fall 2012