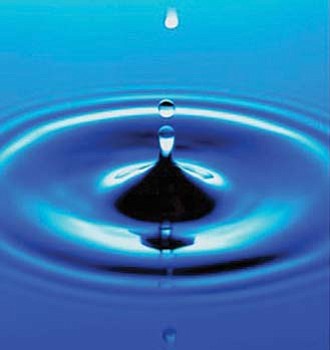 CAMP VERDE - Realizing the statewide water rights adjudication has gone on for 38 years and may go on for another 38 or more years, some parties to the legal proceedings proposed a faster route to settlement for undisputed claims.

However, during a hearing on Monday, Sept. 17, the parties hoping to establish the procedure withdrew their request. That included Salt River Project and attorneys representing Verde Valley water rights as well as water rights along the Gila River and in the Little Colorado River watershed.

The proposed procedure was important to at least two Verde Valley irrigation companies that have spent the last few years working with Salt River Project on a mutual settlement of their surface water rights, the Verde Ditch and Eureka Ditch.

"We were disappointed with the decision of the judge and the direction he was going," says Dave Roberts of SRP.

"He was headed in a direction that would have made any settlements non-binding, and parties would have had the burden of proof showing it could be binding. It takes out all the wind from the sails of being able to get things done in the adjudication."

The proposed procedure would have allowed ditch companies and other parties to the adjudication to settle their claims in a manner similar to the way Indian tribal claims are currently settled.

"Our idea was to be able to go to the court and say, here's a deal, everybody gets notice of it, you get a chance to object to it if you think it's going to harm your water rights and then the judge rules," said Roberts.

The idea for the quick route to settlement of claims originally came from the Little Colorado River watershed, which is having its surface water rights claims settled concurrently to the claims within the Gila river watershed, of which the Verde claimants are part of.

"We thought we were going to get a settlement with the Navajo and Hopi tribes in the little Colorado. If we had we figured we could have settled out nearly everything else in a neighbor-to-neighbor thing.

"But the Navajo and Hopi settlements never happened and you have some weird people who don't like settlements," said attorney Dave Brown, who along with two other attorney's filed the original request for the procedure.

Among the parties objecting to the fast track settlement idea was the Yavapai-Apache Nation.

Their attorneys noted that the proposed procedure would "not provide the necessary due process protections in the adjudication for all claimants, will not lesson the burden...but rather shift that burden to non-settling claimants," does not appear necessary and requires no "special circumstances."

"This doesn't mean we are going to stop working with the ditch companies. Binding or non-binding, the settlements still have value.

"There will be another day where we get to do this. We thought we had some pretty broad consensus among the parties to the adjudication but apparently it wasn't broad enough. We have some more homework to do before we bring the idea back, maybe in a year or two," said Roberts.