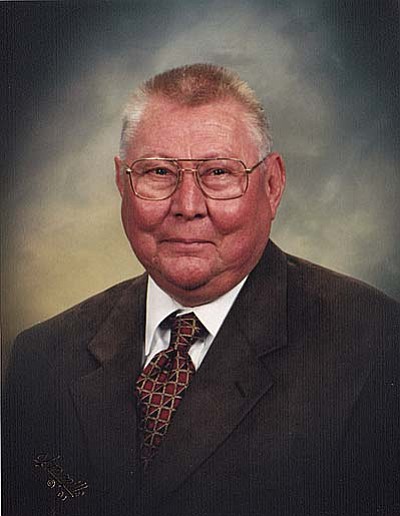 Norman grew up in Reinbeck, Iowa and graduated Valedictorian from Reinbeck High School, class of 1952.  He attended Cornell College in Mount Vernon, Iowa and received his B.A. and his M.D. from the University of Iowa in Iowa City, Iowa.  He interned at St. Luke’s Methodist Hospital in Cedar Rapids, Iowa where he met and married a nursing student, Naomi J. Arney of Marshalltown, Iowa.

Dr. Thede served his military duty through the U.S. Public Health Service at the Federal Penitentiary in Terre Haute, Indiana.  He entered private practice of Medicine and Surgery in 1963 in Britt, Iowa, and was in solo practice from 1971 until 1999 when he and Naomi retired to Clarkdale, AZ.

He served on various offices of the Medical Staff of Hancock County Medical Society and he spent 25 years serving as the Medical Director of the West Hancock Ambulance Service.  He was also the Medical Director of the Westview Manor Nursing Home in Britt, the Britt City Health Officer, and the Hancock County Deputy Coroner.  Dr. Thede was a member and Chairperson of the Hancock County Board of Health for many years.  He was a life member of the Iowa Medical Society, American Medical Association, Iowa Academy Family Practice, and a Fellow of the American Academy of Family Practice.

Dr. Thede is survived by his wife of 52 years, Naomi; their three children, Mark and Molly Thede of Chandler, AZ, Kim and Brian Turnmeyer of Garner, IA, and Beth and Kevin Dahle of Northfield, MN; and nine grandchildren, Caitlin, Erin, and Annie Thede, ChristopherThede, Shauni and Anthony Turnmeyer, and Kally, Greenlee, and Griffith Dahle; one great-granddaughter, Payt’n Turnmeyer; one brother, H. Junior Thede of Reinbeck, IA; two sisters-in-law, Lucille Thede and Delane Thede; and many nieces and nephews. Dr. Thede was preceded in death by his brothers Wayne and Robert Thede and one great-nephew, Matthew Thede, all of Reinbeck, IA.

A memorial service will be held at the Mountain View United Methodist Church in Cottonwood, AZ at 3:00 on April 4, 2013. A celebration of Dr. Thede’s life will take place this summer in Britt, IA.

In lieu of flowers, a memorial donation can be made to Mountain View United Methodist Church, 901 South 12th Street, Cottonwood, AZ 86326.