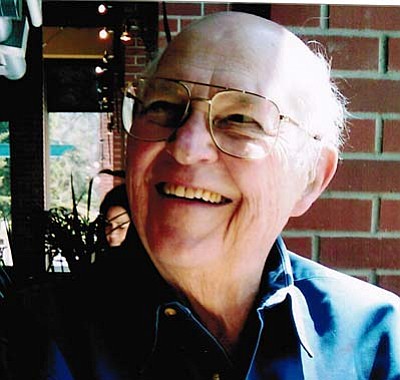 He was born January 2, 1921, in Los Angeles, Calif., son of Alfred John Roberts, Sr. and Anna Seivers Roberts. He earned a BS in both Chemical and Electrical Engineering from University of Southern California. His first marriage, September 11, 1949, to Carol Butler in Los Angeles ended with her death in Sedona, Arizona in 1994. Years later, he married Margaret Austin in Sedona in 1997.

Alfred did secret work during WWII specializing in ceramic solutions incorporated in rocket nozzles (JATO), radio chassis and nuclear bombs. He worked at the Los Angeles Dept. of Water and Power for 40 years, rising through sales and marketing, to become General Manager of Power Services in the late 1960’s and 70’s. After retirement, he worked with Dippell Realty for a few years and also ran his own company, Association Administrators.

Al was the person who discovered the matchbook cover, blocking the doorway lock in the Watergate Hotel that led to the national Watergate Scandal.

He was a gentleman farmer for many years, owning an avocado ranch in Southern California and keeping bees. He remained passionate about science throughout his life.

He leaves behind his wife of 15 years, Margaret Austin Roberts, and two children, John Clarke Roberts of Tigard, Ore., and Alice Virginia Roberts Stattman of Cottonwood, Ariz. He also leaves behind four grandchildren and six great-grandchildren. There was a memorial service on Monday, April 29 at 5:30 p.m., at Hood Mortuary, 1261 E. 3rd Ave., Durango.