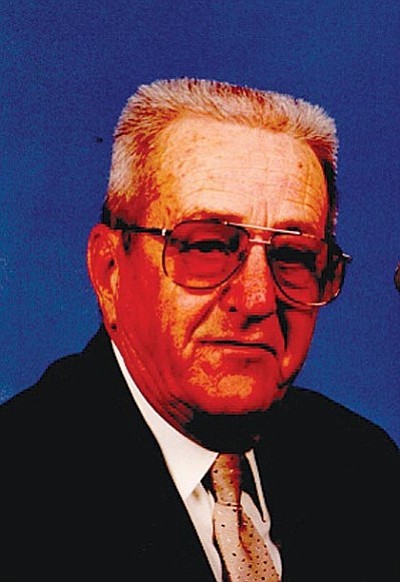 Herb was in WWII and the Korean Conflict.  Awards received were the Korean Service Medal, Purple Heart, Silver Star and Combat Infantry Badge.

He was preceded in death by his wife, Delores E. Schmidt and his great-great-granddaughter Alican.

He is survived by his three daughters, Karen Fineday of Ponsford, MN: Vincette Maurus of Andover, Minn., and Rachel Schmidt of Wisconsin; two step-daughters, Diane (Jack) DeBoer of Cottonwood and Barbara (Robert) Stanley of Madison, WI; 12 grandchildren and 12 great-grandchildren.

A graveside service with full military honors will be held on Wednesday, August 7, 2013 at 10:30 a.m., at Valley View Cemetery on Hwy 89A in Clarkdale.

Memorial contributions can be made to Haven of Cottonwood at 197 S. Willard St., Cottonwood, AZ  86326.