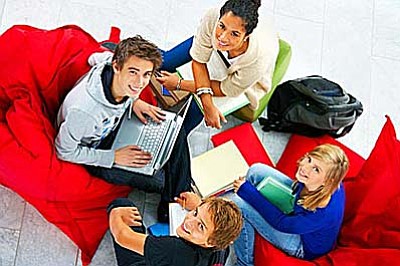 COTTONWOOD -- There has been talk about establishment of a teen center in for a year and a half already. Now, the Cottonwood Youth Commission and an adult organizing committee has asked that it be established.

Tuesday, the Cottonwood council gave the go-ahead to explore use of the former fire station at Garrison Park, while also exploring other options.

Cottonwood City Clerk and board member Marianne Jiménez said there have been a number of fund raising activities with another car wash scheduled at the Walgreen's this weekend.

The board is asking for a lease of a public building similar to the Boys and Girls Club $1 per year agreement.

She told the council, Yavapai County has seen an "8 percent increase in referrals to the juvenile court system during the last year. There have been 735 referrals from the Verde Valley alone and the Verde Valley has a higher referral rate." The majority of offenses are for drug use, alcohol use and domestic violence.

The sponsoring Verde Valley Youth Commission wants a teen center to provide a safe environment for local teens to visit with friends and the opportunity to received mentoring, tutoring and learn life skills. The focus would be on at risk kids. A teen center was identified as the number one priority at the For Our Cities summit held in January 2012.

Allen Marx, a member of the committee to form a teen center, says the Moose Lodge has been instrumental in helping support the organization through its tax-deductible status and also allowing for the use of its commercial kitchen for bake-sale type items.

Kathy Wombacher, who has worked for Juvenile Probation, said that kids "need healthy adults in their lives." She suggested it was disheartening when the Camp Verde teen center closed. The fire station she said "is ideal. It is close to the middle school and juvenile probation is right next door."

Sheri Dutton added that the facility could serve the entire Verde Valley area.

Dan Lueder, the city's Development Services Manager was cautious about use of the old fire station as a teen center and suggested the city not spend six figures on a building, when there are plenty of vacant buildings around that the teens might use.

The facility is about 2,500 square feet but the second floor is closed off. He believes the staircase was built by volunteers years ago and is not safe.

The building is not ADA compliant and violates some codes. It only has a single unisex bathroom. His department developed a laundry list of needs to allow the building to be occupied.

The council agreed that the Youth Commission should look into renovations needed at the old building formerly used as a fire station and Verde Valley Ambulance headquarters. At the same time, they may also look into finding a vacant building that a teen center might occupy temporarily.