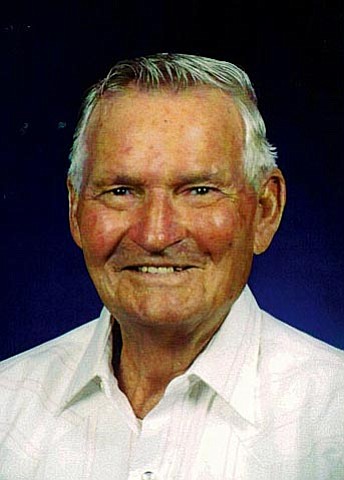 James grew up in the Verde Valley before enlisting in the Army to serve his country in WWII. After returning to Cottonwood he married, at first supporting his new wife with a job at a bakery, then going to work for APS at the Erving Power Plant. He was also a CSR and estimator for APS, working throughout Prescott, Flagstaff and Cottonwood. He and his family moved to Flagstaff and lived there for some time before returning to Cottonwood in 1969 to own and operate the ARCO gas station. After a few years, APS was requesting James to come back to work for them, which he did until his retirement.

James was predeceased by his wife Namotia, his son Gary, his granddaughter Amber and his grandson Donavan. He is survived by his sons, Malcolm, James (Linda), William (Gloria) and Timothy (Kimberly) and his daughter, Cheryl (Thomas), all of Cottonwood. He is also survived by his brother, Hiram Sellers of Phoenix, and his sisters Helen Kilby of Oregon and Kate (Curtis) Dutiel of Tucson; 12 grandchildren, 17 great-grandchildren and 4 great-great-grandchildren.

There are no services planned at this time.