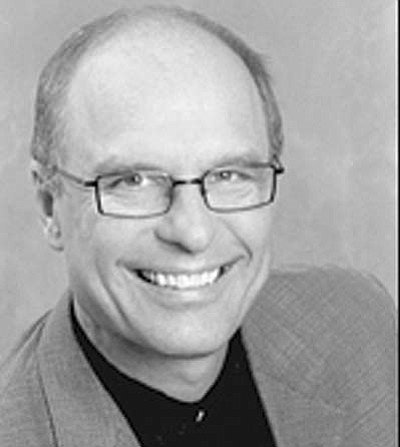 The Center for Positive Living Sedona (aka CPL Sedona), located in the Village of Oak Creek at 45 Castle Rock Road, has created a concert series that they call, The Living Room Music Series at CPL Sedona.

Tonight ~ Wednesday, Dec. 4 - the Living Room at CPL Sedona presents popular Sedona pianist singer Steve Sandner. Sandner is originally from Chicago, Illinois, and now lives in Sedona, Arizona. His musical jazz style has elements of big band, blues and swing, and is easy to listen to for jazz aficionados, or even for those who aren't particularly jazz fans. Listening to Steve's style, one can hear the influences of pianists Nat Cole, Bill Evans, and Oscar Peterson, and his vocals have echoes of Frank Sinatra & Harry Connick, with a blues element from the Charles Brown tradition. Steve's most versatile musical combination is the jazz trio, though he often performs solo, with a duo, or a larger group. He is also in demand accompanying other vocalists, jazz & pop, and has extensive experience as a sideman in jazz, pop, rock and blues ensembles.

CPL Sedona's seating is limited to 40 comfortable chairs, with a stage platform and excellent sound system. These concerts are allowing for an intimate, up close and personal showcase with some of the finest performing artists in Sedona and the Verde Valley every Wednesday from 7 to 8:15 p.m. Unlike any music venues in Sedona, audience members will have the opportunity to learn about the artists by asking questions of them during their concert.

Unlike most concerts, the audience is encouraged to ask artists questions and learn about the performer's personal stories. CPL Sedona's Music Director, Shondra Jepperson (known as half of the popular entertainment duo "Tom & Shondra," is the founder of the Living Room Music Series. Shondra commented, "Everyone enjoyed Adalia Tara last Wednesday and she paced the house. Plus this music series is definitely building in popularity and we're expecting that we'll dealing with standing room only very soon." Jepperson continued, "We'll have three concerts in December tonight the 4th, the 11th and 18th then we'll be taking Christmas and New Year's week off returning on Wednesday, Jan. 8."

Next Wednesday, Dec. 11, The Living Room presents a dynamic singer/songwriter guitarist Alex Ogburn who'll be singing his own songs as well as putting his own twist with performances of many cover songs of artists like The Eagles, Don Mclean, Jackson Browne and new artists such Iron & Wine that have influenced him throughout his career.

Every Wednesday, the doors will open at 6:30 p.m. for tea and coffee with the concerts starting promptly at 7 p.m. Admission is $10 cash only and because seating is limited it is highly recommended to arrive early since tickets are available only at the door the night of the concerts. Besides the weekly Wednesday evening Living Room Music Series, CPL Sedona offers on-going Sunday celebrations at 10 a.m. with inspirational talks and music as well as offering many other wonderful programs during the week. For more information visit cplsedona.org.