Attorney General: Public can't be charged for access to public records
Ruling could also impact use of smart phones to copy documents 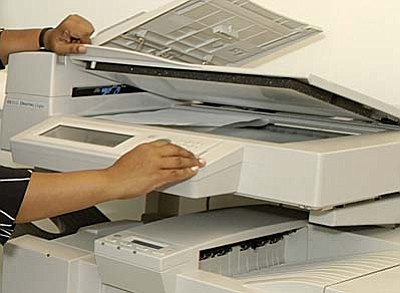 Tom Horne’s ruling said the necessity of making a copy of public documents to redact private information is the cost of doing business and can’t be charged to the person wanting to view the document.

PHOENIX -- In a major victory for citizens, Attorney General Tom Horne has sharply constrained the right of public agencies to charge for access to public records.

In a broadly worded formal opinion, Horne said documents must be subject to inspection at public offices without any charge at all. He said that applies even if the agency has to make a copy to redact certain private information, saying the costs of doing that cannot be charged to the person who wants to simply view the documents.

Potentially more significant, Horne said individuals are free to use their own equipment to make copies without having to pay a fee. Attorney Dan Barr who represents the First Amendment Coalition said that this is a real game-changer.

"The reality is now pretty much everybody has a smart phone,' Barr said. This ruling permits the person to set the document on the table, take a picture of it, and view it later, all without paying a fee.

Phones are not the only way to avoid public records charges. Technology has progressed to a point where document scanners are so light and portable that they can be carried just about anywhere.

That right, though, is not absolute.

Horne said public officials can constrain the use of personal devices to copy documents if the activity would "disrupt public business.' And he said nothing in his opinion requires the use of any devices that could destroy, damage or alter the document.

But Barr said that, even with those constraints, Horne's opinion significantly advances the access of the public to documents.

Horne's opinion came in response to a request from Dennis Wells, the Arizona Ombudsman.

Wells said his office has had repeated complaints from around the state about problems in getting access to public records without having to pay a fee. He said it was finally a complaint out of Pinal County that convinced him that a formal legal opinion is needed to resolve the issue once and for all.

While the opinion does not carry the force of law or even a court ruling, it does have some legal clout.

Under Arizona law, public officials and employees are not liable for anything they do as long as they are relying on such opinions. And courts, when reviewing statutes, do pay some attention to them.

But the opinion, by itself, does not bar a government agency from continuing to try to charge for access to records. It does mean, though, that if they lose the lawsuit after ignoring Horne's legal advice they are more likely to have to pay the legal fees of the challengers.

Among those who complained to Wells' office has been Carli Brosseau, a reporter for the Arizona Daily Star in Tucson. She said police in that community have barred reporters from taking photos of records, insisting instead the newspaper had to pay for copies.

City Attorney Mike Rankin said Tuesday he was studying what Horne had written.

"We are evaluating our practices in light of the opinion,' he said.

But Brosseau said Star reporters have had similar problems in Sahuarita. And she said Santa Cruz County officials have refused to make police reports available unless the paper paid a copying fee, something they said was necessary because they first had to make copies to make redactions to remove confidential information.

"If you ask for a copy, you can get a copy,' he said, at the normal charge. "But if the public body has to go through and make redactions, that's merely the cost of doing business.'

Wells said Horne's opinion not only makes sense but "satisfies the legislative intent for transparency and access to public records.'

In a precedent-setting 2009 ruling, the Arizona Supreme Court said that the public is entitled to public records stored in electronic format in that format.

That case was mainly about "metadata,' the electronic tags that are formed on word-processing, database and spreadsheet programs which provide information about who created the documents and when they were made. The justices said that information is as public as the content of the documents themselves.