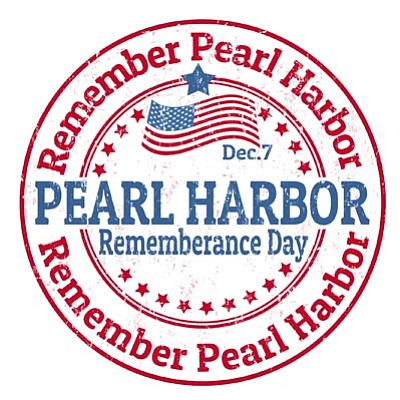 Saturday, on the 72nd anniversary of Japan's attack on Pearl Harbor, Arizona will dedicate its "Salute to the Fallen" World War II memorial in Wesley Bolin Plaza at the state capitol.

The memorial is comprised of nine pillars representing the nine minutes it took the Arizona to sink and includes the names of Arizonans who were killed in World War II. It is an appropriate way to honor those involved and remember the ultimate cost of war.

Perhaps the best attribute of the new memorial is that it was paid for through donations and not tax dollars. Money came from people's hearts and sense of honor, perhaps even sense of duty.

In that way and others, veterans have truly made this memorial their own. That is the most appropriate tribute to comrades in arms.

While Bennett has been in the middle of all the organization effort for the memorial and the dedication ceremony itself, hopefully this will not come off as just a photo op in his campaign for governor.

Again, it is up to veterans' groups to make sure that does not happen.

Pearl Harbor survivors will be on hand, and all World War II veterans are specifically invited. The call is also out to veterans of other U.S. wars to participate, either through the motorcycle run from 1000 N. McClintock in Tempe to the memorial or by just showing up.

The Arizona WWII is not set up to glorify war but to remind citizens of what has happened, who was lost, and what it took to come through it. It also serves as a reminder that such things should never happen again.