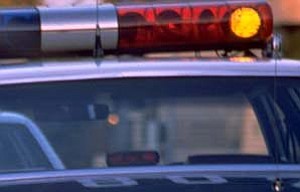 BAYARD, N.M. - A couple with deep roots in the Verde Valley have been killed in a train derailment in Southern New Mexico. Steven D. Crose, 60, and Ann Thompson, 50, were both killed along with Donald White, 38 of Silver City, N.M.

According to the New Mexico State Police, the two railroad employees and Thompson were in a locomotive that was pulling eight hopper cars loaded with an iron ore, magnetite. The engine derailed and tumbled 40 feet down into an arroyo ravine near Bayard, about 75 miles north of Las Cruces, N.M.

Reportedly Crose and Thompson had recently moved from Paulden so Steven could take the job on the Southwestern Railroad. It was not known why Thompson was in the locomotive with the railroad employees.

The couple lived in Paulden, but Steven originally went to school in Sedona, graduating from Flagstaff High School. He had worked for Southwestern Railroad and affiliates for years and helped to launch the Verde River Canyon Railroad. His father Bob, who lives in Cottonwood, had been an old Sedona area cowboy and formerly worked on the Foxboro Ranch when it was a dude ranch in the 1930s.

A celebration of Steve's life was planned Saturday at Red Rock State Park.

Thompson, 50, was Crose's girlfriend. The daughter of Paul and Cora Thompson, she is the great-grand-daughter of J.J. Thompson, the first permanent white settler in Oak Creek Canyon.

The Federal Railroad Administration says it could take several weeks to determine the cause of the derailment.