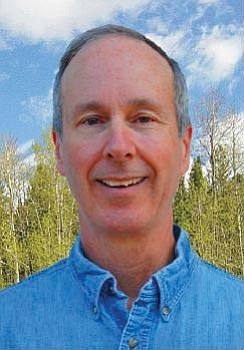 COTTONWOOD -- While Verde Valley folks were expected to once again turn out to weigh in on the Civil Unions debate Tuesday night in the Cottonwood Council chambers, one conservative state legislator is also having his say on the Cottonwood vote.

Bob Thorpe is one of two state representatives (along with Brenda Barton) representing State House District 6. The district represents Cottonwood and much of the Verde Valley.

Thorpe threatens that the Attorney General could come down on Cottonwood if it attempts to give rights not permitted under state law.

My office has been contacted by Cottonwood residents (who are also my LD-6 constituents) who are deeply concerned with a scheduled December 17, 2013 vote by your City Council with regard to "Civil Unions," Ordinance 604, amending the city code to provide for a new Title 16 Civil Unions.

I am not writing to debate the pros and cons or moral implications of Civil Unions. However, I need to remind the Council that the language of your ordinance may place Cottonwood into legal conflict with Arizona State Statute, as was recently the case when the Arizona Attorney General threatened legal action against the city of Bisbee due to its Civil Union vote.

Prior to your vote, the Council needs to determine whether this is an accepted and appropriate function of city government, and whether you are solving an actual reoccurring problem. The laws that are already in place provide the legal privileges and protections of marriage for non-married couples.

Many U.S. citizens across the nation have voiced their consternation when activist courts or government officials have attempted to redefine long established social norms. Are the Council's actions warranted and necessary, and do they actually fall under the jurisdiction of and the typically accepted functions, duties and responsibilities of an elected representative Arizona city council?

It is not the right of an elected city, county or state official to take it upon themselves to create new social institutions, or to redefine long established social institutions. If Civil Unions are an extremely important issue for Cottonwood citizens, then each citizen's right of self-governance must be upheld, and they must be given the opportunity to decide this issue by directly voting for or against Civil Unions at the ballot box.

Please publicly read this letter at your city council meeting during public discussion and prior to your vote on Civil Unions, and include it in your official council records.