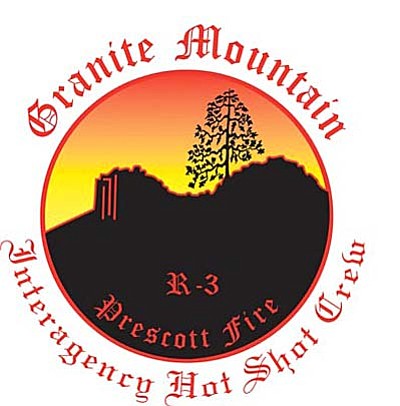 PRESCOTT - Calling the deaths of 19 of Prescott's Granite Mountain Hotshots "a tragedy of unimaginable proportions," new notices of claim from 12 Hotshot families seek a total of more than $200 million from four public entities.

On Thursday, the office of local attorney Tom Kelly served notices to the State of Arizona (including the Arizona State Forestry Division), Yavapai County, the City of Prescott, and the Central Yavapai Fire District (CYFD), claiming "intentional, reckless, careless and grossly negligent conduct" during firefighting efforts on the June 30 Yarnell Hill wildfire.

The amounts are divided among the "responsible entities" - the state, county, city, and fire district - with a larger amount being asked of the state.

For instance, spouses of the Hotshots are seeking $4 million from the state, and $2 million each from the county, city and CYFD.

The claims also seek changes in firefighting practices to ensure that "history will not repeat itself."

Kelly said the changes are important to the families. "They want one thing - to make sure this type of tragedy doesn't happen to another family," he said.

Thursday's notices are in addition to earlier claims made by a Scottsdale law firm for the mother of one of the Hotshots, as well as 21 property owners who suffered losses in the Yarnell fire. In all, the property-owner claims total nearly $100 million, with the mother of fallen Hotshot Grant McKee seeking a total of $48 million.

The notices comply with the state statute that gives claimants 180 days from the cause of action to file a notice of claim. Any subsequent lawsuits must be filed within one year of the deaths (by June 30, 2014).

In preparation for the claims, Kelly said he reviewed the dispatch logs from the Yarnell fire, as well as the Sept. 23 Serious Accident Report (SAIR), and the Dec. 4 Arizona Division of Occupational Health and Safety (ADOSH) report.

Kelly maintains that the documents indicate that "significant mistakes" were made during the course of fighting the Yarnell Fire. The notices of claim include a list of 30 acts that allegedly contributed to the wrongful deaths. For each act, the claims reference either the ADOSH or SAIR reports. Among the acts alleged in the claims:

• That the state failed to assemble and engage an appropriate initial attack on the original small lightning fire, creating a situation that later placed hundred of firefighters at risk and caused the deaths of the Granite Mountain Hotshots.

• That fire management personnel did not adequately consider the mental and physical condition of the Granite Mountain Hotshot crew, despite the fact that the crew was exhausted, was working on its scheduled day off, and had already worked 28 days in the month of June.

• That inadequate and deficient communications contributed to the deaths.

• That as weather conditions changed, the Incident Command "chose to evacuate the command post but allowed the Granite Mountain IHC (Interagency Hotshot Crew) to continue to work downwind of the rapidly progressing wind-driven fire."

Along with the wrongful death claims, seven of the notices also are seeking compensation from the City of Prescott for benefits for the seasonal/temporary Hotshots. The city has maintained that the seasonal Hotshots were ineligible for many of the death benefits available to the permanent employees. Those additional claims against the city range from $1 million to $4.75 million each.

The claimants and the amounts of the wrongful death claims include:

• Grant McKee, Sr., the father of Hotshot Grant McKee. The claim is seeking a total of $5 million. Additionally, McKee is seeking $1 million from the city for employment-related benefits.

• Stephanie Turbyfill, widow of Hotshot Travis Turbyfill, and two children. The claim totals $25 million, including $10 million for the spouse, and $7.5 million for each of the children.

In addition, the Ashcraft notice is seeking $4.75 million from the city for employment-related claims.

The claim totals $20 million, with $10 million being sought by the spouse, and $5 million each by the two parents.

• Michael MacKenzie and Laurie Goralski, parents of fallen Hotshot Christopher MacKenzie. The claim totals $10 million, with $5 million being sought by each of the parents. The claim also seeks an additional $1 million from the city for employment-related benefits.

• Danny and Michelle Parker, parents of Hotshot Wade Parker. The claim seeks a total of $10 million - $5 million for each of the parents. It is also asking for an additional $1 million from the city for an employment-related claim.

• Joe and Anna Woyjeck, parents of Hotshot Kevin Woyjeck - seeking $5 million for each of the parents. In addition, the claim seeks $1 million more from the City of Prescott to settle employment benefits.

• Roxanne Warneke, widow of William Warneke; one child; and parents Harry Warneke and Kathie Purkey - for a claim totaling $27.5 million: $10 million for the spouse, $7.5 million for the child, and $5 million for each of the parents. The claim also seeks $2 million from the city in employment-related benefits.

• John and Mary Percin, parents of Hotshot John Percin, seeking a total of $10 million - $5 million for each of the parents, as well as an additional $1 million from the city for employment-related benefits.

• Desiree Steed, widow of Hotshot Jesse Steed, and two children, seeking a total of $25 million - $10 million for the spouse, and $7.5 million for each of the children.

The notices referred to the claims as settlement offers - described as "reasonable, and firm demand(s) for compensation" - and emphasize that the heirs also will participate in "good faith mediation to explore alternative compensation models, including non-monetary compensation."

Noting that the claimants are "sensitive and appreciative of the enormous outpouring of financial and emotional support from members of the community and throughout the world," the claims add that the families hope that changes can be accomplished through the claim process, and are "willing to discuss a variety of concepts other than monetary compensation as part of the resolution" of the claims.

While still designated as claims, the notices make it clear that lawsuits could follow. The claims state that the beneficiaries "intend to pursue litigation... (for the wrongful deaths) against the above-named recipients of this claim letter if the following claim is not accepted."

Officials with the four public entities either declined to comment Thursday or had yet to review the claims.