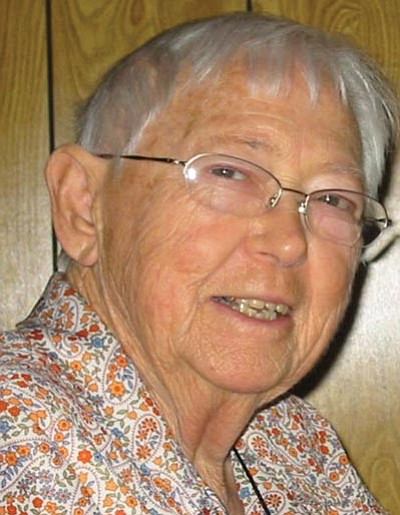 A life-long, 88-year-old resident of Cottonwood, Catherine (Rena) Mongini, died on December 24, 2013. She was born at the Jerome Dairy in Cottonwood on April 25, 1925 to Agapito and Catherine Mongini - founders of the Verde Valley's pioneering Italian immigrant family.

As a preemie, she weighed only two pounds. To encourage survival, she was placed in a shoebox under the warmth of a desk lamp.

Her family purchased the UVX Dairy Farm in Bridgeport in 1929. From there she attended the one room Willard Schoolhouse down UVX Dairy Road through 8th grade.

Following her 1944 graduation from Clarkdale High School, she helped at the farm owned and operated by her elder brothers Emil and Adolph and began her career as a sales associate at diverse shops in Cottonwood's bustling downtown, now known as historic Old Town. This included work with Mr. Richards and later Mr. Manfredi at the Men's Store and with Bob and Debbie Robinson at Robinson's clothing store and with Ross and Pat Rhoton at Cottonwood Drug.

She later managed the Verde Lea milk depot in Cottonwood, and when Cottonwood's first Babbitt's Shopping Center was built in the 1970s, she worked as the sales associate at The Moppett Shop - a children's clothing store.

Catherine was known for her sense of humor and extensive contacts within the small Cottonwood community. Upon her retirement in the 1980s, she could be found making daily visits to the neighboring homes of her brothers and nephew David to visit not only the family members, but importantly also their dogs and cats whom she enthusiastically protected and loved.

She was loved for her supply of daily jokes, her Italian spaghetti dinners under her carport, her Italian cookie specialties that included pizzelle and a special version of biscotti, affectionately called "Aunt Rena's bones."

She is survived by her brother, Joe, 11 nieces and nephews, numerous great-nieces and great-nephews, and several great-great nieces.

A Funeral Mass was held on December 28 at Immaculate Conception Church. Burial was in Cottonwood Cemetery.