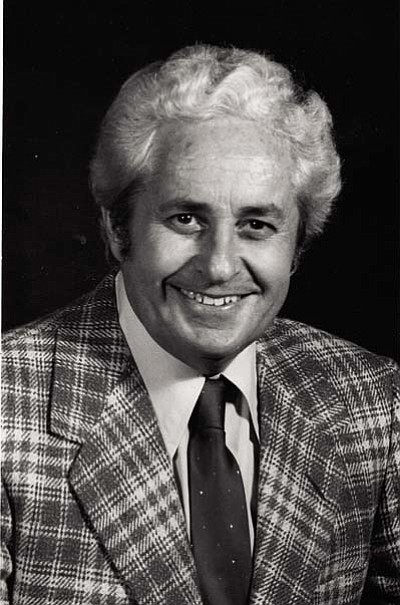 Donald “Don” Speer, 86, passed away on February 3, 2013. He was born on September 5, 1926. Don was a beloved husband, father, brother, grandfather, great-grandfather, friend and community member.

Don was loved by all and made his life one of many accomplishments and contributions.

He was born in California and moved to Arizona in 1927 at the age of 1 year old. He went to Flagstaff high school where he was elected president of his senior high school class. He joined the Navy in 1943 and returned to graduate with his classmates.

He attended Arizona State Teacher College (now NAU), UC Berkley and the International Correspondence school for Highway Engineering. He had a Civil Engineering license, surveying license and heavy Contractor license. He worked for ADOT as an Assistant District Engineer after he left the Navy.

He worked for Wallace and Wallace for 5 years before starting his own contracting business, D. C. Speer Construction Company in 1962, which operated out of Phoenix, Arizona until 1985. His company built many roads and bridges that still span the entire state today.

Don always talked about how he helped start Lake Havasu become a city. He was well known for his work ethics and his honesty. He later became a Real Estate broker when he retired from contracting. During his life he belonged to many organizations and was a life time Elk member.

Don was a loyal, loving husband to Judy, his wife of 37 years. They created a home in Sedona in 1974, then moved to Cottonwood in 2003. Don loved to paint and filled his house with paintings of the red rocks, Indians and rivers of the area.

He continued to work through his whole life doing something. He was elected to the Planning and Zoning Commission in Cottonwood until his death.

He is survived by his wife Judy; daughters Rebecca, Patty and Brenda; son Bill; sister Fay Shartzer; as well as nine grandchildren and three great-grandchildren. He was preceded in death by his son, Ken. He will be remembered for the love, creativity, knowledge, focus and energy he so steadily gave to all his relationships and the community. He will be missed by all who knew him.

There will be no service, per Don’s request. In lieu of flowers, the family is requesting that donations, in Don’s name, be sent to Adopt for Life Center for Animals, P O Box 1429, Cottonwood, AZ 86326.