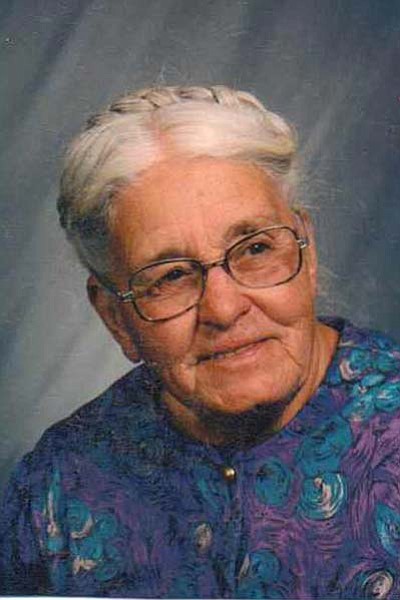 Anna was born in Baltimore, Maryland. She lived in Maryland until 1952, when she and her family moved to Phoenix. In addition to raising 10 children, Anna owned her own tailoring shop and later worked with the RSVP (Retired Seniors Volunteer Program). She also organized toy parties for underprivileged kids and was honored by the City of Phoenix eight different years. She was a Past Honored Queen of Job’s Daughters and a lifetime member of Eastern Star. Anna retired and moved to Camp Verde in 1985.

Anna is preceded in death by her husband, Herbert Frantum, her brother Bud Preston, sister Lillian Sweeten, her daughter, Nancy and sons Gordon and Frank.

Visitation will be held at Camp Verde United Methodist Church on February 22, 2013 from 10:30-12. The funeral service will be held at 12 p.m. Mark Staten will be officiating. Burial will follow the funeral at Clear Creek Cemetery immediately after the services.