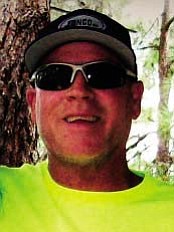 Casey will be truly remembered for his kindness, compassion, wit and nonstop one-liners; his sense of humor defined him.

He loved spending time with his family and friends, camping and fishing, and had a great time the last couple of years with his new found passion, hunting elk and deer with his two brothers.

Memorial services will be Saturday, January 5, 2013, at 10:00 a.m. at Immaculate Conception Catholic Church in Cottonwood, with a reception following at Verde Valley Fairgrounds.

In lieu of flowers, the family requests donations in Casey’s name be made to The American Cancer Society or to Mingus Union High School athletic programs.