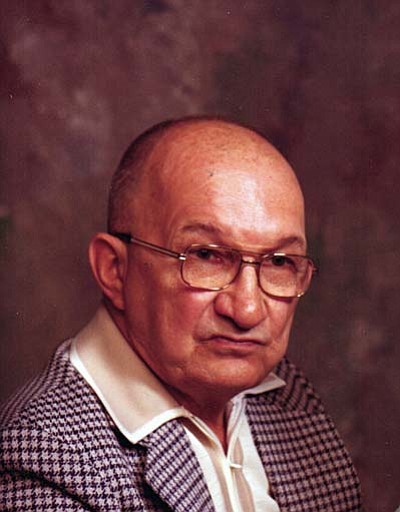 Edward served our country in the Army during WWII as Private First Class. Edward and wife Shirley operated the Verde Valley Collection Agency. He was an active member of Immaculate Conception Catholic Church. He loved fishing, traveling and socializing.

Edward will be deeply missed by all his loving family and friends.

Edward was preceded in death by his wife Shirley Biros. He is survived by son Mark E. Biros of Clarkdale; brother Rudy Biros (Jo) of Cottage Hill, IL and niece Sue May (Brad) of Peru, IL.

A memorial mass will be held on Wednesday, January 9, 2013, at 10:30am at Immaculate Conception Catholic Church in Cottonwood. Inurnment will take place in Valley View Cemetery.

In lieu of flowers, donations may be made to Immaculate Conception Catholic Church, 700 N. Bill Gray Road, Cottonwood, AZ 86326.