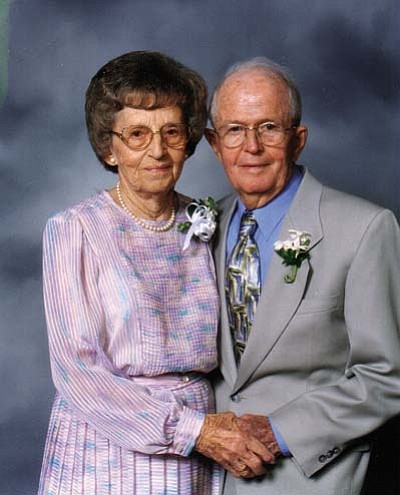 Ruby Van Lieu, 93, of Clarkdale passed away Sunday, January 13, 2013. She was born July 28, 1919 in Deep Water, Missouri to Mr. and Mrs. John Hailey. Mrs. Van Lieu worked as a homemaker, taking care of her home and children and did volunteer work for City of Hope.

Mrs. Van Lieu was preceded in death by her husband, Cecil Van Lieu, and her daughters Lou and Sue Tobey. She is survived by her son Richard (Sharon) Van Lieu of Show Low, AZ; her daughters, Bonnie Arthur of Clarkdale and Linda Kirkland of Omaha, NE; 16 grandchildren, including Mike Tobey of Clarkdale, AZ and 52 great-grandchildren.