Letter: Proliferation of guns only enhances and magnifies fear 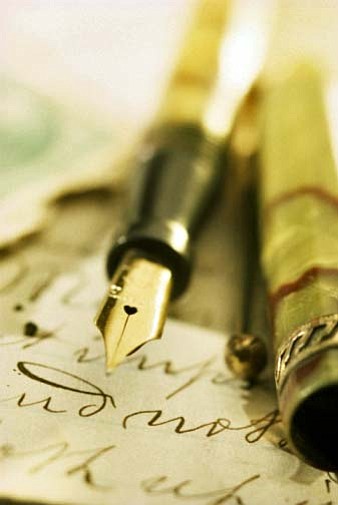 In a letter of January 17,2013, Gari Basham sets forth an argument in opposition to President Obama’s recent decision to issue executive orders concerning gun violence in America.

There is a debate raging in America, over the meaning of the 2nd amendment to the US Constitution. Not too surprisingly, the primary focus of the debate concerns the meaning of the 2nd Amendment in a modern industrialized society with a population of over 330 million people never envisioned by the Founding Fathers.

An historical examination of the circumstances that existed in 1787, when the second amendment was adopted for inclusion into the US Constitution, is revelatory of the awareness by the Founding Fathers that the newly formed United States of America had no permanent standing army.

The Founding Fathers relied primarily upon citizen militias that could be called up at a moments notice in the event of an existential threat to America.

It is noteworthy to reflect upon the nature of those so-called “citizen militias”. For example, throughout the south, the militias were commonly referred to as “slave patrols”.

By 1787, there had been over 100 slave insurrections wherein Africans enslaved on southern plantations rebelled against their racist slave owners to seek their freedom.

The citizen militias, were in fact, slave patrols created to prevent such rebellions, capture rebellious slaves to return them to their plantation slave owners, and to perpetuate the practice of slavery.

With the foundation of the United States of America, slave owners feared the federal government would outlaw such citizen militias thus undermining their ability to continue the practice of slavery.

They lived in existential fear of the human beings they enslaved and were fully aware that without armed patrols to enforce the practice of slavery, slavery would be undermined and eventually cease to exist.

Therefore, the language set forth in the 2nd Amendment regarding “a well regulated militia” clearly references the citizen militias in existence at the time of the adoption of the US Constitution.

At that point in American history, citizens relied upon their weapons [arms] for hunting and self-protection in an environment wherein indigenous peoples [characterized as savages], reacting to the assault upon them by an ever increasing white population, represented an existential threat to the newly formed nation.

It made sense in context to the reality of the times, for every citizen to retain the right to bear arms as set forth in the US Constitution.

For example, in 2013, America has a large standing army to protect the citizenry from any potential threat from a foreign enemy. America has hundreds [over 8 hundred] of military bases all over the world in foreign lands that represent an ever-expanding American military empire.

Furthermore, America now has a “formal” well regulated militia, the National Guard, which can be called up at a moments notice to deal with any domestic threat to the citizenry/nation by the governor of the state so threatened. There are civilian police forces in every state, county and municipality in America.

Therefore, the only legitimate reason for citizens to retain their “right to bear arms” is for hunting and self-defense [home invasion]. Anything beyond that would seem unnecessary and contextually beyond the scope of the 2nd Amendment.

It should be possible for reasonable people to come to some accommodation wherein the right to bear arms is retained by the people with sensible proscriptions being placed upon that right in the context of a modern society in a nation with a standing army and well regulated militias controlled by state governors elected by the people.

For example, limiting the type of weapons that can be purchased by citizens for hunting/self-defense seems reasonable. The idea that the 2nd Amendment is inviolable and cannot have reasonable proscriptions placed upon it seems extreme given the massive carnage that modern weaponry can inflict upon people. The most recent example of such carnage occurred in Newtown, Connecticut.

The American people have generally accepted the proscription upon the ownership of weapons by people who are felons, who demonstrate mental instability and who exhibit a propensity to engage in overt violent actions or make overtly violent statements towards others.

The idea is accepted by the American people that requiring background checks for persons seeking to purchase weapons is a reasonable and necessary deterrent to gun violence.

There is a general agreement, too, that allowing individuals to purchase guns at “gun shows” without any background checks represents a huge loophole in existing laws that needs to be closed.

The idea that individual citizens need weapons equivalent to those weapons used by the US Military and the National Guard does not have wide spread acceptance, either.

The whole idea of a “well regulated militia” [consisting of an armed citizenry] who were essentially “on call” for emergency service during an existential external threat to the nation, is no longer valid.

There are sufficient well-regulated militias in place throughout the 50 states to meet any such need in case of emergency.

We no longer rely upon a citizen militia to provide protection from foreign invasion or domestic terrorism. We rely upon the National Guard and civilian police forces to effectuate such protection for us in our modern society in conjunction with the Office of Homeland Security.

If we are to accept the assertion by those who claim, “individual citizens must be able to match force with force”, and therefore there can be no proscription upon private ownership of weapons, we are to believe that citizens can purchase and own, military aircraft, tanks, ballistic missiles, military helicopters, anti-tank missiles, armed drones and the plethora of military-style weaponry currently part of the arsenal in America.

The absurdity of such a proposition is self-evident to anyone not fanatical about the 2nd amendment. The fear and paranoia endemic to such ideation is equally self-evident and could even be used as a reasonable justification for anyone who expresses such fanaticism to be deemed “mentally defective” and denied the right to possessive weapons.

The principle reason given by those who want unlimited access to modern weaponry under the auspices of the 2nd amendment stems from a disjointed and paranoid reliance upon the idea that the Founding Fathers provided for the right to bear arms because of their experience with an oppressive British occupation that relied upon the suppression of the right to bear arms.

The idea behind such ideation represents a belief that the citizens must be armed to prevent oppression by their own government and that the government that restricts the right to bear arms is by its very nature an oppressive government.

Of course, this is a narrow and limited interpretation of the 2nd Amendment not generally shared by the vast majority of Americans.

Most Americans do not believe that the government represents an existential threat to their freedom and they do not accept the idea that it is necessary for every citizen to keep and bear arms equivalent to those possessed by the US Military used to fight in foreign wars.

Even members of the NRA are willing to accept some reasonable restrictions upon the “right to bear arms” and recognize the need to impose restrictions upon certain types of military style weapons that serve no other purpose than warfare.

Clearly, the NRA, while professing fidelity to the 2nd amendment, is driven by greed. The principal benefactor to the NRA is not the membership through dues; it is monies provided to the NRA from gun manufacturers who have a vested interest in the proliferation of gun sales to enlarge their profit.

In other words, the NRA is driven by GREED, and that greed trumps any and all other considerations.

There has to be a better way. That way will require compromise.

It is compromise that fully recognizes that the meaning of the 2nd Amendment has changed over time and requires a modern interpretation of it that still allows for individual citizens to retain their right to bear arms. The right to bear arms with sensible limitations being placed on that right to preserve and protect the citizenry from unreasonable exposure to mass murders perpetrated upon them while merely going about the daily process of living in a constitutional republic.

The proliferation of guns only enhances and magnifies that fear. For some, the idea that requiring people to live in existential fear of each other is the most effective way to prevent gun violence.

This is invalidated by the reality that such fear leads to the emotional and psychological breakdown of citizens who then act out very violently using those very same weapons allegedly serving as a deterrent to such gun violence.

No democracy, no matter what form it manifests, can long endure in a country were the citizens live in existential fear of each other.

Letter: We live in interesting times
Letter: Time to rewrite a right
Letter: History is clear on slavery and 2nd Amendment
Letter: Vicki Jo Anderson hit nail squarely on its head
Letter: 2nd Amendment says what it means and means what it says