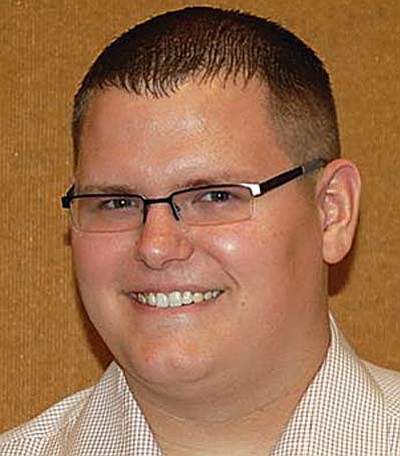 The people of Mountain View United Methodist Church will hear its new pastor deliver his first message at the 9 and 11 a.m. worship services Sunday, July 21.

Appointed by Desert Southwest Conference Bishop Robert T. Hoshibata is the Rev. Jeremy Embry, who with his wife, Lena, are natives of Kentucky.

"Define the Relationship" will be his topic at the 901 S. 12th St. church as he begins a sermon series on discipleship.

Born and reared in Louisville, Ky., Pastor Jeremy was adopted as an infant, and said he "grew up in the Methodist church."

He is continuing online studies at Indiana Wesleyan University, working on a Biblical studies degree at the Marion, IN institution -- a "Christ-centered academic community committed to changing the world by developing students in character, scholarship and leadership."

She has worked as a high needs case manager for children with mental illness at Southwest Network at Phoenix, and has a background of working with immigrants and refugees.

Both are accomplished musicians, with Pastor Jeremy having a background in classical music, with an emphasis in piano and vocal technique. He plays multiple instruments other than piano.

Lena is an accomplished trombone player, who also sings and plays bass guitar.

With the help of a mentor, he launched a successful prayer network that taught about the power of prayer to eight different colleges and universities in the southeastern United States.

Pastor Jeremy, who is leaving a legislative assistant position in the Arizona House of Representatives, was licensed as a local pastor in the Kentucky Annual Conference of the United Methodist church in 2011.

It was through the prayer ministry that he and Lena met. They were married in September 2009.

Both have been active in mission work, with Pastor Jeremy on Native American reservations in Mississippi and Oklahoma, as well as international missions in Haiti and Nicaragua.

Lena's first mission trip was to Canada at the age of 13. She has done mission work in Mozambique, Malaw, Romania and Nicaragua.

After being reared on a farm, she takes great joy in gardening. She has a passion for missions, children, mental health and prayer.

Mountain View's former pastor, the Rev. Matt Colby, accepted an appointment as associate pastor at Desert Skies, UMC, Tucson, meaning he and his family can be reunited after being apart for the past year.