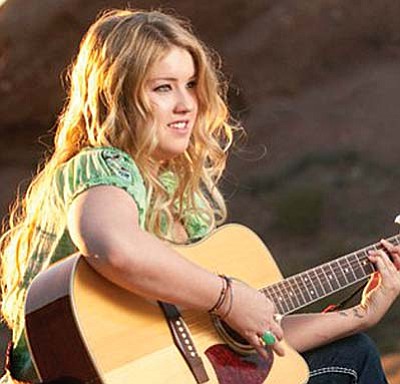 In an ever-growing showcase of variety, Main Stage will present perhaps their most diverse week yet.

In addition to the weekly installments of Wednesday Ladies' Night dance music, the americana and rock of Thursday night's Music Mafia, and the new Sunday Country with Bill Bassett's Trailblazers, this week will feature stand-up comedy and reggae/folk hybrids.

On Friday, July 26, Flagstaff's Jestercomedy will host Friday Night Funnies Stand Up Comedy Show.  Jestercomedy is celebrating four years of bringing the funny to Northern Arizona and has provided comics who have appeared on Jimmy Kimmel, A&E. MTV, Comedy Central, Showtime, IMPROV, Stand Up Live, Comedy Store, Laugh Factory and other major venues across the country.

The show will feature headliner Chris Bennett.  Bennett has been seen on The Jimmy Kimmel Show and made his satellite radio debut on Sirius XM Rawdog radio this year as part of the San Luis Obispo Comedy Festival. He was invited to the San Luis Obispo Comedy Festival in 2013 and was voted Best of The Fest. He recently won the Battle To Florida Comedy Contest in Phoenix, AZ where he competed against 80 other local Arizona Comics. He is also a finalist in the SoCal Stand Up Funniest Person in Southern California at The World Famous Comedy Store.  Also in the lineup are comedians Jamie Anderson and Tom Sims.

Saturday July 27 sees valley reggae-folk-soul hybrids The Wiley One and Ruca.  Emerging onto the Southwest music scene, The Wiley One is an acoustic hip hop groove band with music as original as the band members themselves.  Blending acoustic, hip hop, reggae, blues and many other styles that fill the soul with a fun and relaxed vibe, the Wiley One was established in 2007 and rooted in Arizona and has evolved into one of the most impressive bands in the Southwest. Their unique bouncy-bluesy string style riffs combined with creative lyrical poetry have attracted audiences far and wide from Los Angles to New York - Seattle to Miami.

They will be joined by valley act Ruca.  Raised by die hard deadheads with pure flower power in Cave Creek, AZ, Ruca's music emanates from a love of organic sounds, grooves that move, and lyrics that flow. If she's not performing at a show, she's probably on the road to go see one. Addicted to music and the beauty it brings; her smoky, soulful voice tells her story with a resounding, infectious energy. Since the release of herdebut album Flow (produced by Nashville veteran Jack Howell of WilloDisc), she's been honing her live chops at Arizona nightclubs and festivals both with a full band and as a solo acoustic artist.