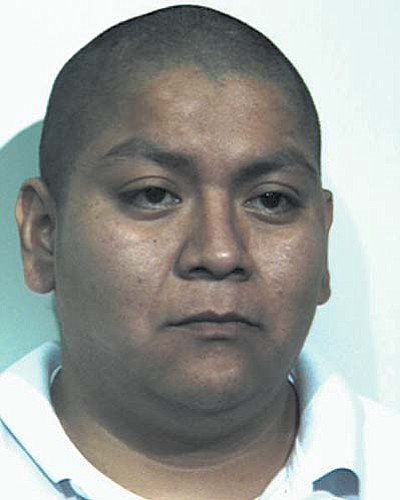 VILLAGE OF OAK CREEK -- May 30, a 27-year-old Village of Oak Creek man, Mark Puhuyaoma, was arrested for the alleged sexual assault of a 63-year old woman he met at a bar May 15.

On May 28, the woman told the Yavapai Sheriff's Office she had been assaulted. She explained that on May 15, she and a girlfriend were having drinks at a VOC bar. After her girlfriend left the bar, she began visiting with an acquaintance and his roommate, Mark Puhuyaoma, who she had not met before. They continued drinking and shortly after midnight, the men invited her to their apartment in the 200 block of East Cortez and Puhuyaoma drove the woman and his roommate to the apartment.

In the apartment, the woman sat on a couch but soon passed out. She recalled waking up in a bedroom with the man assaulting her. She told him to stop, but he ignored her and continued his assault. The victim passed out again, but woke up about 9 a.m. when Puhuyaoma was already gone.

The woman thought that something was placed in her drinks causing her to pass out.

On May, 30, detectives located the suspect at his place of employment. The suspect was interviewed and admitted to sexually assaulting the victim against her will.

Puhuyaoma was arrested and booked for a single count of sexual assault. He is held on a $35,000 bond.