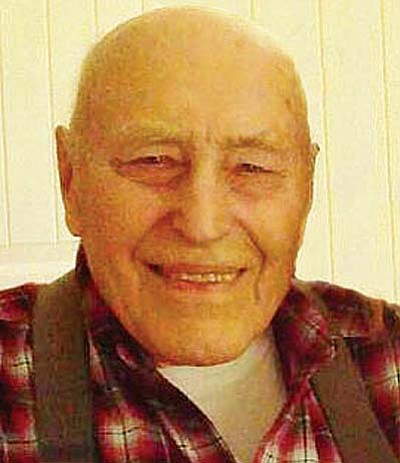 Eugene H. Krause, 90 of Cottonwood, passed away on June 14, 2013 after a brief illness. He was born August of 1922 in Wittenberg, Wisconsin to August J. and Agnes Krause.

Eugene served his country in WWII and was honorably discharged from the Army Air Corps in 1943. He later owned Krause Construction Company, a sewer and plumbing business in Mequon, Wisconsin. Eugene and his wife, Esther, moved to Cottonwood in 1976, where he owned and managed Husky's gas station, Tiffany's Ice Cream Parlor, and several rental properties.

In his 'retirement', Eugene served as vice president of Friendship Mission International, Inc., board member of Arizona Food and Family Foundation / Central Arizona Food Bank, and made hundreds of trips to deliver food from Phoenix to the Verde Valley community food banks.

A member of the Cottonwood Seventh-day Adventist Church, he always delighted in sharing with young and old his firm belief of how 'God loves a cheerful giver.' He loved to garden, always sharing the abundance of his harvest.

Donations in his memory may be made to the Verde Valley Adventist School, 51 W. Mingus Ave, Cottonwood AZ 86326.

An online guestbook is available at www.westcott-funeralhome.com.