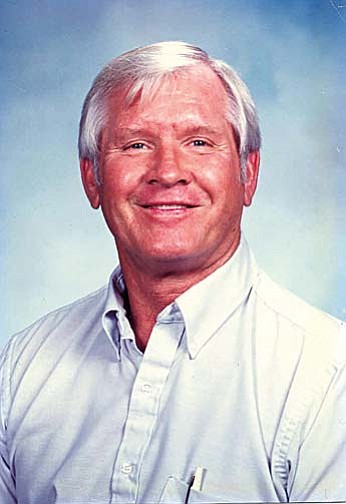 He grew up in various places around Arizona but called Cottonwood his home where he graduated from high school in 1951.

After high school, he joined the Marine Corps and served one year in Korea where he earned and was decorated with two silver stars “for conspicuous gallantry and intrepidity” while serving as a Fire Team Leader.

He was also given the Purple Heart for injuries suffered in action. After the military, he went to college at Arizona State College (NAU) on a football scholarship and played for Maxer’s Axers team that played for a National championship in 1958.

In 1959, he was named to the NCAA Division II all American team. In 1957, Frank married Pat Lukin and upon graduation in 1959, they moved to Yuma so he could teach and coach football. In 1961 he became the head football coach and after 10 rewarding seasons, Frank retired as the YHS head coach.

He was the AZ Scholastic Football Coach of the Year in 1966 and coached the YHS girls’ softball team to a state championship in 1977. He was an assistant coach at AZ Western College from 1971-1974 and was part of the Junior College Championship team in 1973.

In his teaching career he was inducted into the Yuma County Education Hall of Fame and the Yuma High School Athletic Hall of Fame. He retired from teaching in 1996.

Frank loved going to the desert and took many of his friends and other groups hiking and camping.

Frank is survived by his wife of 55 years, Pat; sons, Mike (Marcelle) and Andy; granddaughter, Maria; grandson, Mason and his dogs Jake and Molly.  A memorial service was held on Tuesday, March 12, at Johnson’s Memorial Chapel. A celebration of life is also being planned for May.