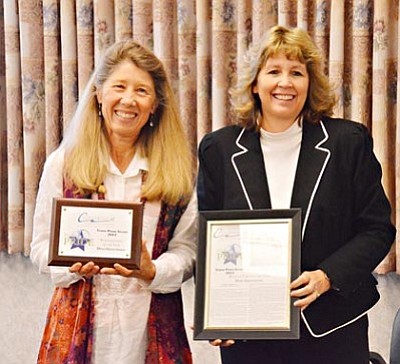 The Verde Pride Awards recognize local residents who through their actions serve the greater community. Sponsored by the Verde Independent and the Cottonwood Chamber, the award banquet took place at Verde Valley Medical Center on Thursday morning, March 14. Winners were nominated for the award by members of the community and represented eight categories that were given to individual citizens as well as organizations. Verde Independent Publisher Pam Miller served as MC for the event. A complete list of the winners appeared in the March 13 edition of the Verde Independent and CV Bugle.