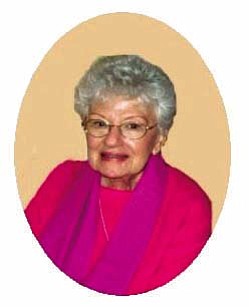 Janet E. Schubert, 83, died of Alzheimer’s disease March 19, 2013 in Cottonwood, AZ. She was born March 22, 1929, in Los Angeles, California, the daughter of Jay and Edna Koupal, sister of Kenneth Koupal, and half sister of Robert M. Phillips and Jack Marlette.

At the tender age of 1, Janet’s family moved to Vancouver B.C. to find work, traveling by steam ship which was the mode of travel in those days. They stayed about seven years, eventually moving back to the Los Angeles area. She graduated from North Hollywood High School, CA, and attended Chouinard Art Institute in Los Angeles, subsequently making dresses on the Sunset Strip in Hollywood for custom dress designers.

In 1949 Jan married Charles Belt, a teacher, and settled down in Encino, CA, where they raised a daughter, Cindy and son, Jeff. Between children, she contracted a moderate case of polio in the 1952 Epidemic. She underwent the Sister Kenney treatment and eventually overcame the crippling effects of the disease.

She remarried in 1959 to John Enbody, later joined by his son Bruce. She sought help for a serious drinking problem and joined AA in 1962, enjoying quality sobriety since. In 1963 they moved to San Jose, CA, where AA encouraged Jan to speak at Jr. High, High School and College classes to share her experience and hope. She was also asked to be the AA Coordinator for the women’s jail meetings.

Following a second divorce, Jan met and married Robert Schubert in 1969. This marriage, which lasted over 43 years until her death this year, endured in large part because they both became Born Again Christians in 1975.

They became very active in church affairs and enjoyed having Bible Studies in their home for young adults. They were also instrumental in leading all their children to Christ. Jan had a special gift for sharing her faith to strangers with great ease - not something most people can do!

In 1986, Bob retired from Lockheed and they moved to Joshua Tree, CA, where they again became involved in church life and a street ministry to needy people. However, they eventually succumbed to the lure of Arizona and moved to Cottonwood in 2000.

Jan’s hobbies were decorating, desert landscaping, sewing, writing poetry, reading and exploring the desert Southwest. Jan and Bob also were blessed to have seven grandchildren, five of whom were born to Linda and Eric, Bob’s daughter and son from a previous marriage.

Cindy and Jeff value the morals and humor their mother imparted to them. These included, “Do unto others as you would have them do unto you,” and singing, “It isn’t very funny if you haven’t any money,” the latter helped humor everyone through tough times. She also believed in family meetings to air our concerns.

All these things are a tribute to Jan being an over-comer. A memorial service will be held on Saturday, March 30, at 3 PM at Calvary Chapel of the Verde Valley 465 S. Calvary Way in Cottonwood.