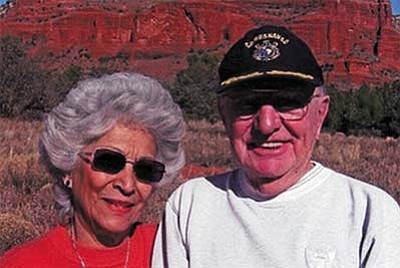 Francis served three years in the U.S. Army during World War II. In 1951, he was employed as a Foreign Service Officer with the U.S. State Department in Washington, D.C. where he served for seven years. After that, he was transferred to Rio de Janeiro, Brazil. There he met Inalda Pereira de Brito at a blind date at a formal country club dinner-dance in 1962. So began their love story. Inalda was employed as an Account Executive Assistant in the American advertising agency, J. Walter Thompson. She previously held positions with Sear-Roebuck Company and the General Electric Company. Their honeymoon began with a 12-day cruise from Rio de Janeiro to New Orleans. They motored to Washington, D.C., sight-seeing all the way, where Francis had a week-long series of meetings at the State Department. Francis was appointed to a position at the American Embassy in Kampala, Uganda for a period of five years, followed by a three-year period of service in Addis Ababa, Ethiopia. Francis was then assigned to the U.S. State Department Headquarters for six years. This was followed by service in Brasilia, Brazil for five years when he retired in 1981. That year, Inalda was given a position as Administrative Assistant in the Office of the Counselor for the U.S. Department of Agriculture at the American Embassy in Brasilia. She retired from that position and the couple took up resident in Cottonwood in November 1993.

They have been active in various organizations in the community: the Immaculate Conception Catholic Church, the Knights of Columbus, the Ladies Auxiliary of the K. of C., El Valle Artists Association, The Clay Club, The House of Ruth Pregnancy Care Center, the Cursillo Movement, Chamber of Commerce, Art Show, Verde Valley Concert Assn., Verde Village Property Owners Assn., etc.

Their marriage has included travelling to about 36 countries and 35 U.S. States. They have three children: a son, Vincent Paul Saporito is a retired U.S. Navy Commander and presently Manager of the Mining Division of the Check-6 Company; a daughter, Celina Tyler, Director, Product Support & Consumer Affairs Department at Jayco, RV Manufacturing Company; and a son from Francis’ previous marriage, Dr. Marc Heyning, a medical doctor; five grandsons and two granddaughters.